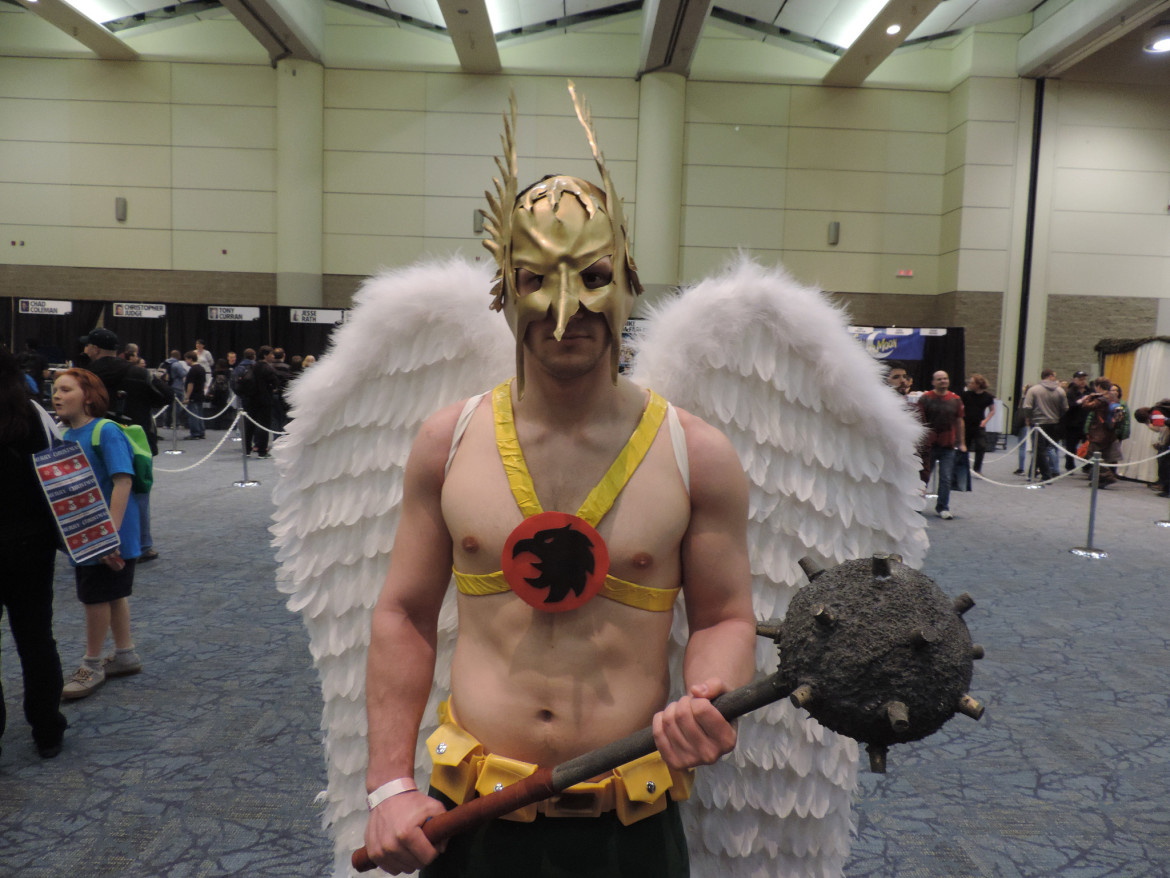 Cosplayers, comic book lovers and geeks around the world are expected to converge on downtown Toronto in droves this weekend for ComiCon 2016.

ComiCon fans can visit more than 400 exhibitors and dozens of celebrity guests at the Metro Toronto Convention Centre over the the course of the three-day annual event, from March 18-20.

Online ticket sales are now closed, but you can purchase same day tickets at the on-site box office.

Here’s a quick look at what to expect:

A veritable smorgasbord of swag, shirts, posters…etc. will available from a variety of vendors, all at appropriated marked-up prices, of course.

Comic books stores such as All New Comics will also be vending their wares. Expect bulk discounts and special deals, so be prepared to splurge.

Artists and illustrators will have booths and stalls with their works on display for sale. Famed Canadian illustrator Ty Templeton, a veteran of both Marvel and DC Comics, will participate in a sketch duel versus fellow artists Leonard Kirk and Scott Chantler on Saturday.

Star Trek lovers can also check out Klingon Assault Group (KAG), who will be at ComiCon all weekend. Founded in the United States in 1989, KAG spread to Canada soon after and now boasts more than 1,000 members worldwide.

Krikor Ajemian was in command of KAG for six years, and is now admiral of the Ontario-based Crimson Knight Fleet.

For Admiral Krikor, ComiCon is a great place to recruit new members and get people interested in KAG’s year-round events.

“They have a big advertising budget to bring in lots of fans, so they get lots of people who haven’t seen these sorts of things before,” said Ajemian, a member since 1993.

KAG is also showcasing its offshoot Klingon Justice League on Sunday, when Ajemian will take on his role as Klingon Batman to join Klingon Catwoman, amongst others.

ComiCon visitors are free to come decked out in costumes, and Ajemian loves interacting with fans and seeing the often elaborate get-ups people wear to the event.

“I have a particular interest in costuming, so I like to see what other fans are coming up with,” he said.

You can find the full schedule of events here. Live long and prosper!