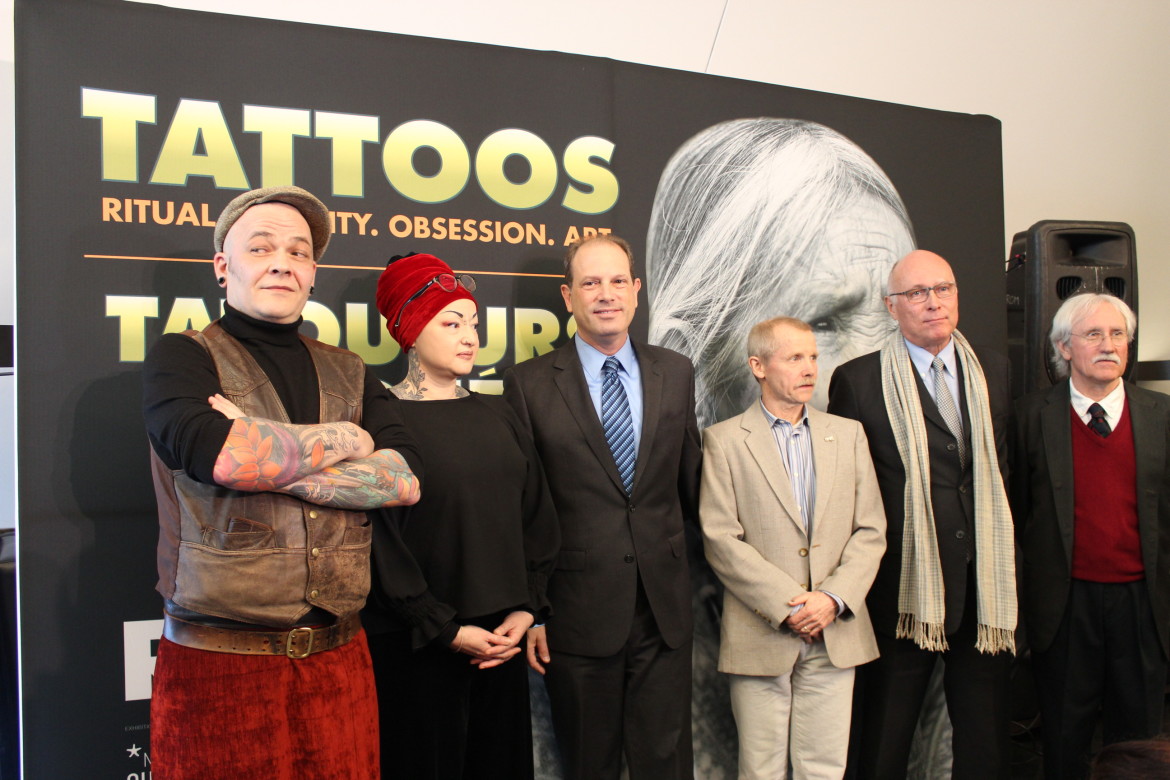 A new exhibit at The Royal Ontario Museum is challenging people’s perceptions of cultural normality and tattoos.

More than 5,000 years ago tattoos were an ancient practice that were not a choice, ROM curator Ken Lister told Humber News.

The exhibit – Tattoos: Ritual. Identity. Obsession. Art – shows an array of tattoos combined with history and art connecting the past to the present. It was brought to Toronto from Paris by curators and artists, Anne and Julien.

The showcase features art work, paintings, photographs and silicone tattooed body parts that were specifically created for the Toronto exhibition.

Its mission is to shed a new light to the history of body art while showcasing prevalent modern tattoo artists.

“This exhibition does such a wonderful job at both addressing an important part of peoples lives – that being tattooing – and also looking at it in a larger cultural, artistic surround,” said Josh Basseches, ROM’s new CEO in an interview with Humber News.

“Tattooing is now such a global phenomenon in the contemporary world, if you get a tattoo or want a tattoo I think it’s important to understand that you are part of a history,” Lister said.

“We’re trying to bring that point that this is the history and there are many reasons why people got tattoos.”