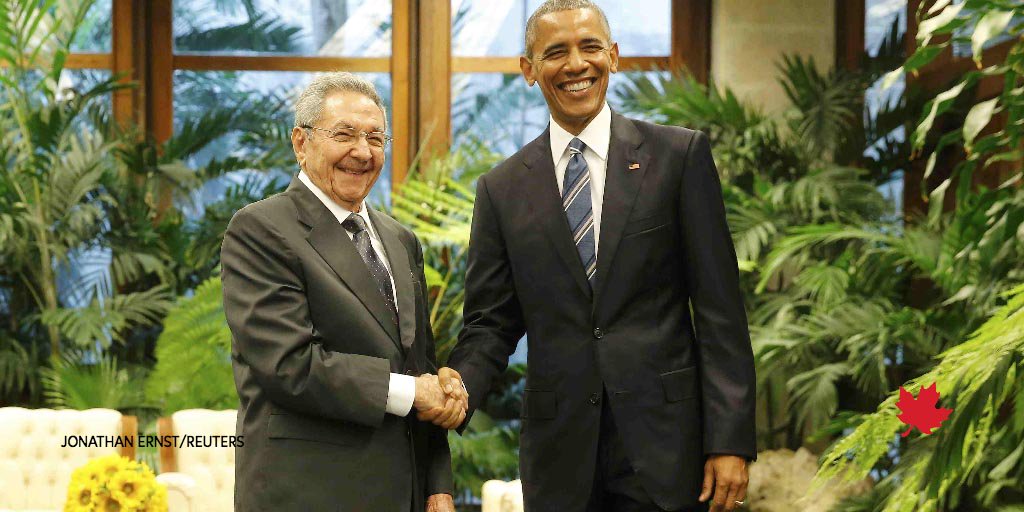 United States president Barack Obama began day one of an historic visit to Cuba Monday looking towards both the future and the past.

Obama touched down in the capital city of Havana to begin a three-day tour meant to signal the beginning of a new relationship between the former war rivals.

Cuba and the United States were bitter enemies during the Cold War after the latter became a socialist nation under the rule of Fidel Castro.

“[Cuba] has been punished for so many years for being a small island that has stood up to the capitalist system,” María del Carmen Sillato, professor of spanish and latin american studies at University of Waterloo, told Humber News reporter Nicole Williams.

“It’s a big deal because this is the first American president to visit in nearly 90 years,” said Sillato.

Obama met with Cuban president Raul Castro and laid a wreath at the feet of a memorial to Cuban revolutionary and poet José Marti.

“This is a new day – es un nuevo dia – between our two countries,” said Obama in Havana.

Here is a timeline chronicling the relationship between Cuba and the United States.