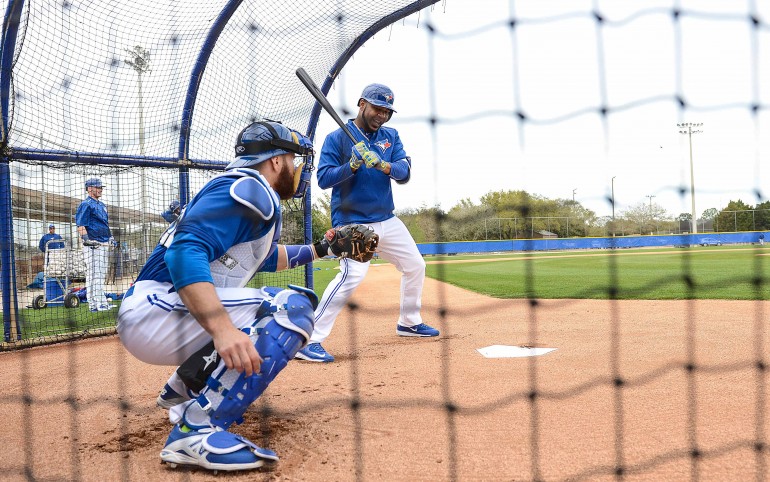 The journey to the World Series is underway for the Toronto Blue Jays as they officially opened spring training camp in Dunedin, Fla., on Monday.

There might be bumps in the road, but expectations are high to repeat last season’s success.

“Anything less than a playoff spot for this Blue Jays team will be considered a disappointment,” said Tony Ambrogio, professor at the College of Sports Media.

Last year, the Blue Jays finished with a 93-69 record, won the American League East division title and made the post-season for the first time in 22 years.

George Halim, news editor at theScore, said a championship is a possibility but it shouldn’t be the defining point in determining if the club has a good year.

“I think the expectation, as of now, is to have a similar result to last season,” he said.

There have been changes during the off-season.

Although the Jays did bring in new players, Ambrogio said the bigger issue is how Toronto will perform without an ace starter.

“Losing David Price means you’re losing your reliable guy every five days,” he said. “I don’t know how they will replace him. They picked up J.A. Happ, (and) I think Aaron Sanchez will be given a good chance to be a fifth starter. They’re going to have to hope Marcus Stroman picks up where he last left off.”

Stroman missed several months last season due to an ACL injury but returned late, providing good starts in the regular season and playoffs.

Ambrogio said he expects Stroman to do well because he has a good mindset.

“He’s five-foot-eight, he’s always been told he’s not big enough or good enough to be a starting pitcher. I think because of his attitude he will have a big year and he’s going to prove a lot of people wrong,” he said.

Prominent Blue Jays’ Jose Bautista and Edwin Encarnacion are also talking points this season as they are nearing the end of their contracts.

“I don’t think there is any chance that both of them are going to be back,” he said. “Can you afford Bautista and Edwin? Absolutely not.”

Regardless, Ambrogio said he expects both players will have big years.

“You got two guys who are obviously playing for contracts,” he said “Those two are the key guys to watch in spring.”

The new season begins April 8 as the Blue Jays host the Red Sox.

With files from Evan Presement.