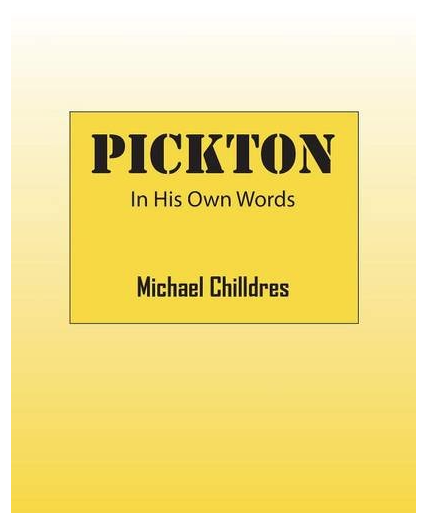 The cover of Pickton’s book as seen on Amazon.com

Notorious serial killer Robert Pickton has written a book in prison that is currently for sale on Amazon.com, angering the families of victims affected by his heinous crimes and prompting the creation of an online petition to pull the book from the site.

In 2007, Pickton was convicted of murdering of six women on his pig farm in Port Coquitlam, B.C. He was charged in connection with the deaths of 20 other women, but those charges were stayed in 2010.

The book, where Pickton refers to himself as a “fall guy,” is entitled Pickton: In His Own Words. It was published in January by Outskirts Press, a California publishing company, and was made available for purchase online on Feb. 21.

Pickton was able to publish his memoirs with the help of a former cellmate, who passed off his copy to a friend in California named Michael Chilldres — the man whose name is published as the author of the book, CTV reported.

While in some Canadian provinces it is illegal for inmates to publish writing and profit from it, this is not the case in British Columbia, where Pickton is incarcerated.

Since its release, Pickton’s book has sparked controversy all over the web. The petition, created on change.org on Feb. 21, garnered over 29,000 signatures in less than 24 hours.

Penny McVicar, the executive director of Brantford Police’s Victim Services Unit in Ontario says she is concerned about the impact the release of the book will have on families dealing with loss as a result of Pickton’s crimes.

Ernie Crey is one of countless family members surprised and angered by Pickton’s memoirs.

Crey’s sister Dawn was a victim of the Pickton murders and Crey says the book brought back many troubling memories about his sister’s disappearance and death.

He says for some families, body parts of their loved ones were recovered on Pickton’s farm, but Dawn’s body was never discovered.

“The only remains of my sister was a bloodstain on a woman’s undergarment in Mr. Pickton’s trailer,” he said.

Crey adds that though Pickton is in prison for life for the crimes he committed, Crey’s own family faces a different kind of improsonment.

“After (Pickton’s) trial, the families had what I would describe as legal closure. What (Pickton) did was he imprisoned families like mine and all the other families in a jail whose bars are made of grief and loss,” he said. “There is no closure … there is no forgiving.”

Crey says while a petition is a step in the right direction, he is trying to get to the bottom of how Pickton’s book got published and he will be sending a letter to Canada’s attorney general.

“[I’m] urging her to have her government look into creating a law that’s applicable all across Canada that would prevent someone like Mr. Pickton from profiting from the proceeds of crime,” Crey said.

“Tragically, we are going to have characters like Mr. Pickton surface in the future. Mr. Pickton is not the first serial killer and Canada and he’s likely not the last.”