O.J. Simpson case back in spotlight with new TV series 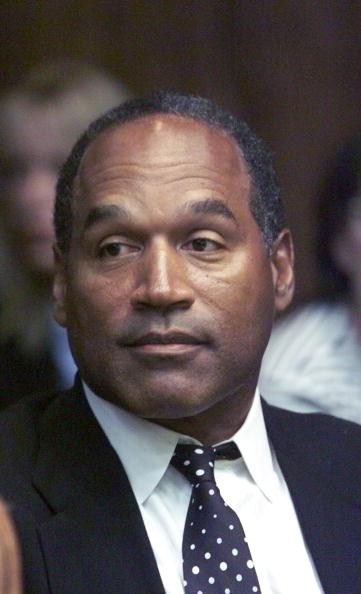 O.J. Simpson is once again in the spot-light thanks to the new TV series titled The People v. O.J. Simpson: American Crime Story which begins airing Tuesday night.

The case relates to the 1994 murder of Nicole Brown Simpson and another young man and the subsequent trial of her ex-husband, sports celebrity O.J. Simpson.

The 10 episode series is based on author Jeffrey Toobin’s book, The Run of His Life: The People v. O. J. Simpson.

Trial of the Century

The 16-month trial made headlines and was one of the most highly publicized U.S. cases in recent memory, referred to by some as “the case of the century.”

Terry Flynn, a professor in communications department at McMaster University said the trial was noteworthy solely because of who was involved.

“The simple of act of murder gets people’s attention,” said Flynn. “You put a celebrity in there and it will bring it to the forefront of pop culture.”

Flynn told Humber News on Tuesday that another reason why people are interested was Simpson’s legal defence team.

“They were able to create reasonable doubt with beautiful theatrics,” he said. “It was made for TV legal drama, better than [the TVshow] Judge Judy.”

Flynn said another reason was the timing of the trial. Simpson, he noted, was charged two years after the 1992 riot in which four L.A.P.D. officers were not charged for using excessive force in beating black man Rodney King.

The case became “a folk hero concept for African American society because he beat the man,” said Flynn.

As well, Flynn pointed out that Robert Kardashian, father of the famous reality TV series family, was also part of Simpson’s legal dream team, another part of the celebrity factor in the case.

“The millennial’s are tied inadvertently through the Kardashians,” he said. “Celebrity culture ties that in.”

Vincent Chiao, a professor in the faculty of law at the University of Toronto, said he remembers watching the trial as a teenager. Chiao said  he doesn’t really know why they chose to make the documentary after two decades.

“Horrific murders don’t deserve the attention it gets, it’s super creepy,” he said. However, Chiao admits that this kind of case is rare for the criminal justice system.

Howard Rubel, a criminal Lawyer for Heller Rubel Barristers in Toronto, said this was a special case due to the blurred lines between news and entertainment.

The birth of reality TV?

For instance, there was the infamous chase in which Los Angeles police pursued Simpson across part of Los Angeles live on TV.

“People were wondering ‘What will happen next?'” Rubel said. “It was a sign that this was a type of case that will turn a corner in criminal trials.”

Because the eventual court case was televised and had incredible lawyers on both sides, it fascinated the public, he said.

“It was the first time an average person could feel like an insider to someone else’s life,” he said.

Pyzer Jonathan, a criminal lawyer from Kotsman and Pyser Barristers in Toronto, said the case only got attention because O.J. was a very successful individual athlete.

“It was the beginning of reality TV. It was our very own reality TV special where everyone became a celebrity,” he said.

Randy Norris, a criminal defense lawyer in Mississauga, said it was the first time a high profile superstar was involved.

“It became a media circus. The judge was more concerned of how his hair looked then the case,” Norris said. “The defense team found out one of the investigators in the L.A.P.D. had racial tendencies and used that to suggest he may have planted evidence.”

Norris called it a very effective strategy but criticized the prosecution for including a bloody glove, which was billed as a key piece of evidence. The glove, it turned out, did not fit Simpson.

“You never never ask a question or do a demonstration unless you know the answer,” he said.

And when it comes to the case overall, Norris said enough is enough.