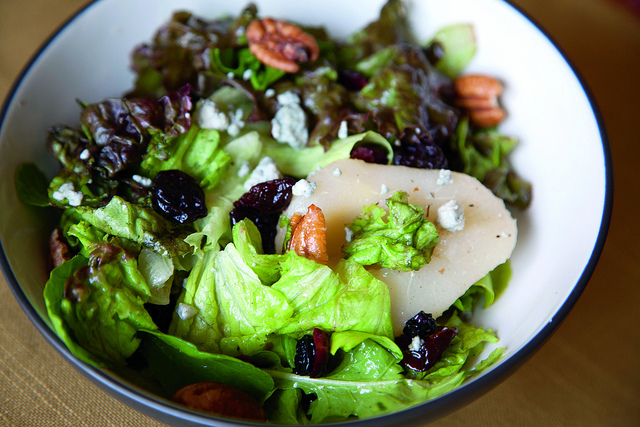 Who knew that a kale salad would cause more harm to your health than a traditional McDonald’s burger?

When dressing is added to a crispy caesar salad with kale from McDonald’s, you’re consuming more calories, salt and fat than their Double Big Mac.

According to McDonald’s nutritional information, the salad contains 730 calories, 53 grams of fat, and 1,400 milligrams of sodium once the creamy dressing is added.

Don’t be fooled by words like ‘kale’ and ‘low-fat,’ one dietician told Humber News on Thursday.

“If you can just use a tablespoon of dressing, then right away you save hundreds of calories,” said Robin Silverstein, a registered dietitian from Toronto. She suggests vinaigrette dressing on your salad, rather than a thick and creamy one, to spare the unnecessary calories.

Health Canada recommends that the daily intake of sodium should be between 1000-1500 mg, yet Canadians eat about 3400 mg of sodium every day. This is more than double the suggested amount.

“If you know the portion is going to be large, perhaps choose something that you can split in half and bring home later” – Stefanie Senior

Stefanie Senior, a registered dietitian in Toronto said the most important part of accessing food is reading the ingredients.

“Look at the ingredients first because you want to make sure it’s natural, as much as possible. Then look at the calories and sodium,” says Senior.

It is possible to make healthier choices when eating out, she said.

“Pay attention to the drinks you choose. Have milk, water or a diet drink. They are a good alternative to sugared pop, iced tea or milkshakes,” said Silverstein. Cartlidge said that sugary drinks are a major contribution to excess calories, and she suggests subbing in a side salad rather than a salty fry.

Many people are guilty for eating too quickly without allowing their body to begin digesting. If the meal is high in fat or sodium – most fast food chains are- it’s especially important you don’t rush the meal and inhale too many calories at once. Portion sizing is a huge part of a healthy diet.

“If you know the portion is going to be large, perhaps choose something that you can split in half and bring home later,” said Senior.

Scan the nutrition guide and look at the total fat, cholesterol, sodium and total carbohydrates. You can then make your decision based on the numbers and whether or not they are too high for you.