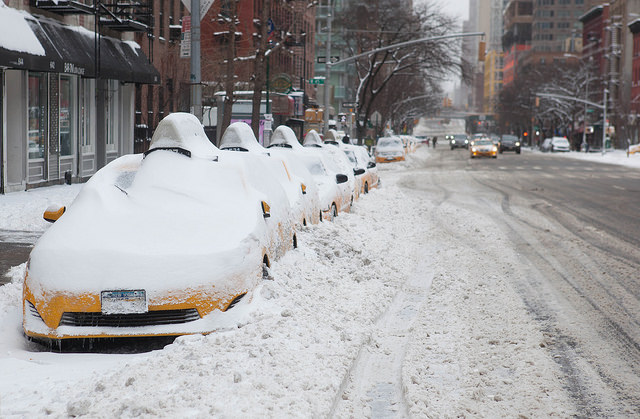 February has had unexpected record-breaking high and low temperatures in the GTA and meteorologists say we need to adapt to the new climate.

Feb. 3 was the warmest February day in Toronto’s history with a high of 16 C, said David Phillips, senior climatologist for Environment Canada.

“We’ve never seen that in 175 years of record in Toronto. It’s fascinating that it occurred earlier in the month, closest to the dead of winter, not at the end of the month when it’s closer to spring,” Phillips told Humber News.

Ten days later, closer to Valentine’s Day, Toronto broke another record with the coldest temperature in 22 years. This is opposite from last year’s record-breaking cold temperatures at this same time.

According to global data from England, 2016 will be just as hot as 2015 or hotter, meaning the three hottest years ever have occurred in a row.

“In spite of the fact that we could go through a couple cold winters, we know that winters are generally warmer than they were back in the 50s, 60s and 70s,” said Phillips.

Experts predicted milder temperatures going into this winter, but no one really knew how warm it would be, since the last two winters were definitely on the cold side.

“November was milder than normal but December was record-breaking, not just for any individual day records, but the monthly average temperature was warmer than normal for a number of locations across the province,” said Geoff Coulson, warning preparedness meteorologist for Environment Canada.

Coulson says that humans have an influence on climate, which is shown through longer-term trends on a global scale.

“There’s a cause for concern in terms of future generation. Climate is always naturally changing, but what climate scientists are noticing is that we’re having an influence on the climate by the activities that we’re doing,” said Coulson.

Though climate change is normal, human impact on the environment is adding to the natural variability that always existed.

Normal weather isn’t occurring anymore, since there is an incredible swing in temperatures from year to year, said Phillips.

“If the climate was normal, you would have as many cold records broken as warm records. That would be the definition of stability and balance,” Phillips said.

Meteorologists say that Canada will still be a cold country, but the change in weather patterns and temperature may be more enhanced.

Phillips wants Canadians to be adaptable to the changing temperatures.

“We’ve been dealt some tough weather and we’ve always adapted to it. We’ve learned how to live and not only survive but thrive in a country where we do have weather extremes. There just may be more extremes in the future,” Phillips said.

By adjusting our plans, strategies, developments and architecture of our building, roads, systems and cropping, Phillips says we can then take into consideration the change in climate.

“You can’t stop that storm from coming your way. By preparing for it and building a stronger city, recognizing that climate, temperature and precipitation is changing, then you can in fact withstand the events.”