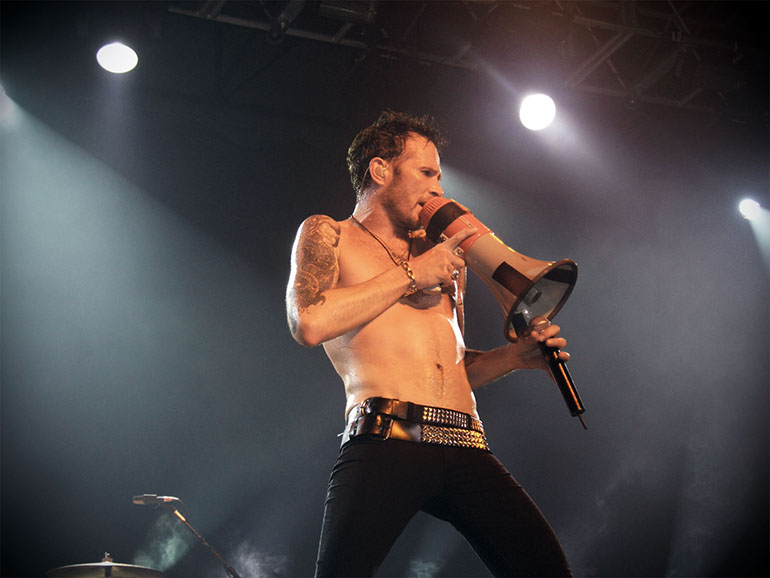 Scott Weiland, the former frontman for the Stone Temple Pilots and Velvet Revolver, has died at the age of 48.

Vitorino said he learned of the Weiland’s death from the musician’s tour manager.

He did not provide further details, but referenced a statement on Weiland’s Facebook page.

Scott Weiland, best known as the lead singer for Stone Temple Pilots and Velvet Revolver, passed away in his sleep while on a tour stop in Bloomington, Minnesota, with his band The Wildabouts. At this time we ask that the privacy of Scott’s family be respected.

The statement said Weiland, who struggled drug problems throughout his career, died in his sleep while on a tour stop in Bloomington, MN.

The rock star’s current band, Scott Weiland and the Wildabouts were scheduled to play in nearby Medina, MN, according to a local venue’s website. He played at Adelaide Hall in Toronto on Dec. 1.

His wife, Jamie Weiland, also confirmed his death to the Los Angeles Times in an emotional interview.

His former band members took to Twitter to express their grief:

He rose to fame in the Grammy Award-winning band the Stone Temple Pilots with hit songs such as “Interstate Love Song,””Plush” and “Vaseline.”

Stone Temple Pilots got back together in 2008.

“The story’s not finished,” he said at the time according to the Associated Press.

Weiland had a long history of drug and alcohol related arrests and stints in rehab.

He was convicted of 1995 for buying crack cocaine and sentenced to one year’s probation.

He also pleaded guilty to felony heroin possession in 1998.

His arrests and time in rehab led the Stone Temple Pilots to cancel tour dates and contributed to their 2003 breakup.