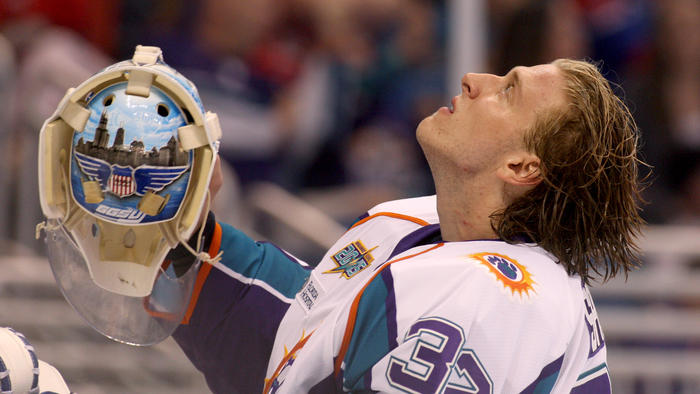 Garret Sparks officially has introduced himself to Leafs Nation after just one performance.

The 22 year-old goalie from Elmhurst, Ill., stamped his name in the history books on Monday night recording a shutout in his first NHL game.

His stellar performance helped the Toronto Maple Leafs get back in the win column, beating the Edmonton Oilers 3-0 at the Air Canada Centre.

It was the first shutout for the Leafs in almost one year.

Sparks turned away all of Edmonton’s 24 shots on goal en route to becoming the first Leafs goaltender to finish perfect in his NHL debut.

He becomes number 26 on the list of total NHL debut shutouts.

Mentions of Sparks name went up to almost 12,000 from only 1,000 the day before according to Topsy.

Sparks’ family was on hand to see Garret’s electric performance, which earned him the games’ First Star award.

Garret Sparks fought back tears when asked about his parents: “I owe everything to them” pic.twitter.com/puMMDfnjbs

Toronto used the 190th overall pick in the 2011 draft on a 6-foot, 2-inch goalie from the Guelph Storm in the OHL.

His best season statistically came last year, where he recorded his career-high save percentage of 0.936 in 36 games for the Solar Bears.

Sparks is expected to get the nod for Wednesday night’s game in Winnipeg, given regular starting goaltender James Reimer stays out due to injury.