Support of Toronto music crucial for Dragonette, other bands 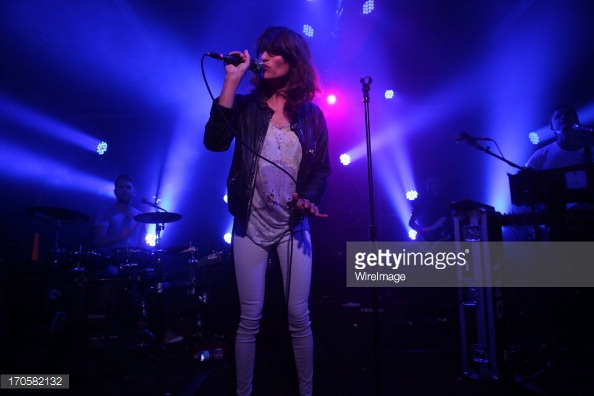 You’re always encouraged to eat local, but how about listening local?

Canadian artists like Drake and Justin Bieber love to keep things homegrown when it comes to their music and brand.

Toronto electro-pop band Dragonette is an example of the power of community within the city’s music scene.

“You make your way through the suburbs to the bigger cities and branch out as much as you can,” Dragonette front-woman Martina Sorbara told Humber News.

It’s rare to find a popular Canadian artist who isn’t from one of Canada’s big cities like Montreal, Toronto and Vancouver.  For music, like real estate, location matters.

“I think it gives you a bigger platform to jump off of as an artist starting out,” Sorbara said. “It feels like a false economy. I think we need to support our acts and help them get to places.”

The trio is beginning their cross-Canada tour next week and is currently finishing up their fourth album.

“They’ve [Dragonette] posed themselves as an international group rather than just another Canadian group,” Williams said.

Toronto as a brand

From Drake teasing his album on a Toronto billboard to Bieber creating his own album pop-up shop in downtown Toronto, it shows that even when world-renown Canadian artists find massive success at a global scale, they remain loyal to their home community.

“We have to build up our own community and our own economy,” Williams added. “The only way to make Canadian music popular is to actually give it a chance.”

She noted that local artists like Drake and The Weeknd have a powerful voice when it comes to bringing the world attention to Toronto’s scene.

“It’s [Drake’s influence on Toronto] kind of helping solidify the music scene,” Williams said. “Everybody is so much more together because he’s made us this place where we can have our own catch phrases and our own little things.”

Sorbara agrees with Williams’ take on Drake and The Weeknd’s hometown influence.

“They pump it so much that it’s really brought a lot of positive focus and cred here,” Sorbara said. “It makes us feel a little more validated.”