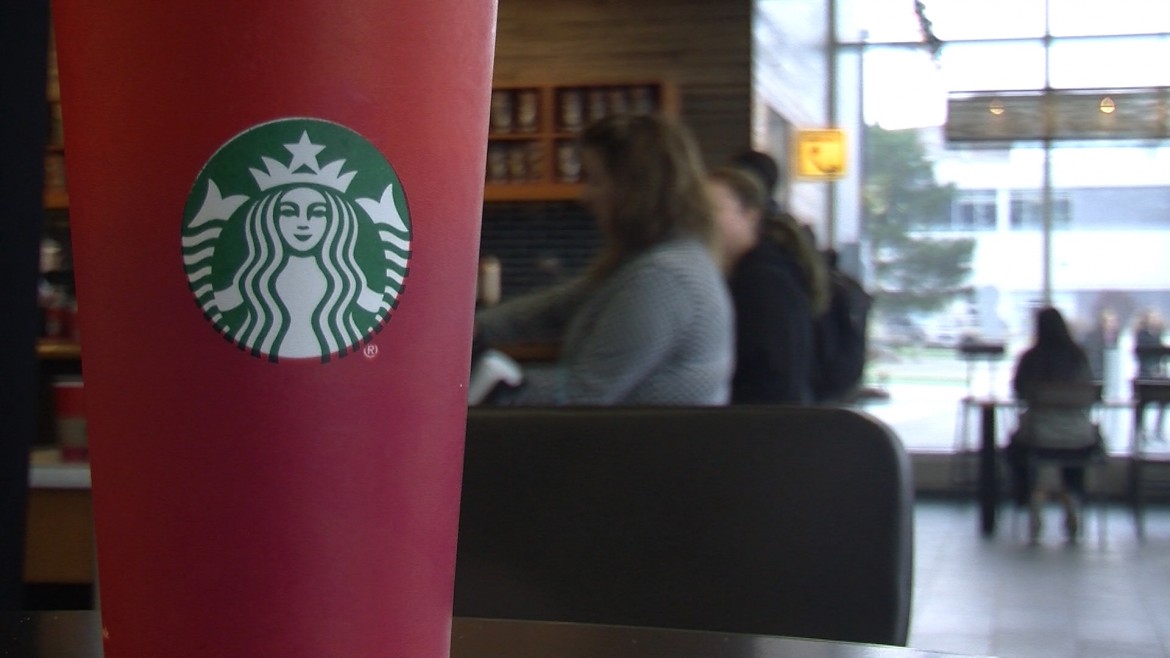 Some Starbucks customers are outraged over the new design of the holiday cup – or lack thereof.

The coffee giant this year ditched the usual Christmas-friendly images for a plain cup with an ombre accent and some people are furious.

Angry consumers took to social media to share their contempt towards the politically-friendly decision and fuel the controversy.

Those offended by the change are accusing the company of waging a war against Christmas.

Christina McCraw, Program Coordinator for the Marketing Diploma program at North campus, says although the decision is causing waves it may still be the best move from a marketing standpoint.

“You have to look at changing demographics, the increased diversity of their client base and of course the desire to not alienate those other demographics of customers who don’t necessarily celebrate Christmas.”

“If I don’t identify with the Santa then I feel like you’re not valuing me as a customer,” she said.

We took to Humber to see if people find the new design naughty or nice.