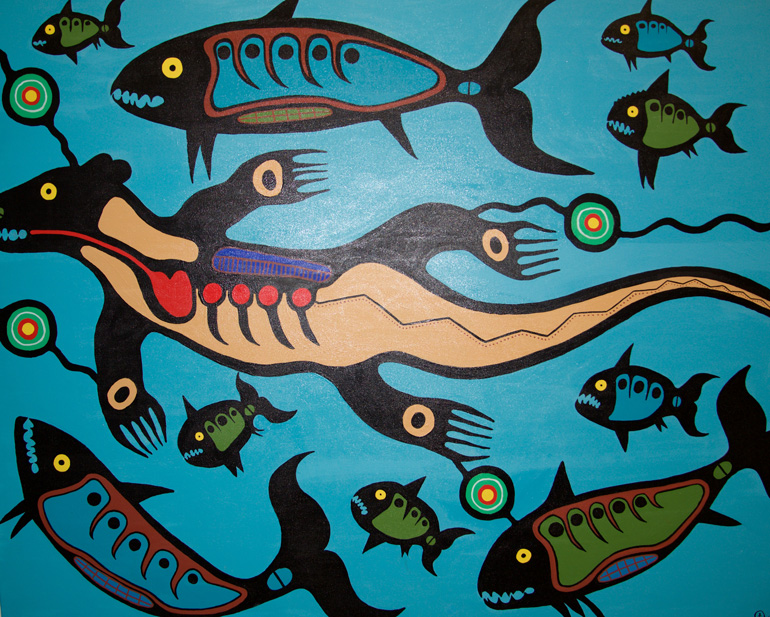 “Today’s event was organized by the Aboriginal Resource Centre along with the Indigenous Students Association (ISA), ” said Quazance Boissoneau about the show which opened on Tuesday.

Dozens attended and munched on bannock and other tasty Indigenous treats.

Boissoneau said students came up with the event last year because they wanted to educate Humber on Aboriginal culture to reduce stigma.

“When I first translated the text I saw that it was a story that needed to be told,” Steckley said.

“It gave me an opportunity to show aboriginal voices, as much as I could,” he said.

Steckley said rather than re-writing biased stories on Aboriginal history and people.

He wanted to refocus on their history’s from the Indigenous gaze.

“In the original, written in the later 17th century, that was the title,” Steckley said.

“That was the title in Latin, so I thought this is great.”

He said the Jesuits were interactive with Aboriginals, so he was happy to translate the inclusive discourse.

“I’m finishing the rough draft of that by the end of next month.”

His next book is the Parrot book, he told Humber News in an inclusive.