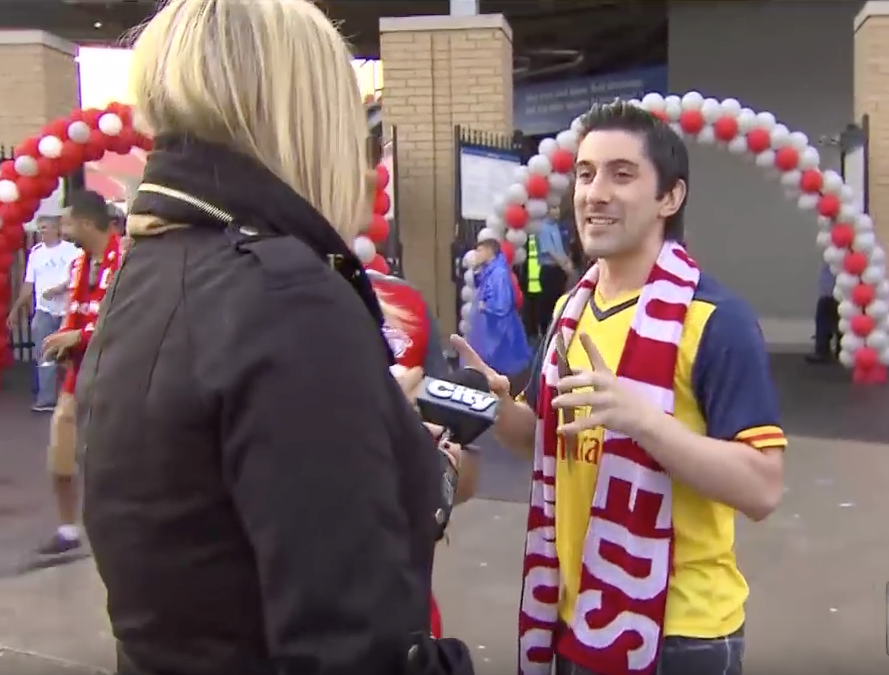 After an arbitration session, Hydro One has rehired an employee fired for supporting his friend who yelled obscenities at a TV during a live interview last spring.

Shawn Simoes was fired from his six-figure-paying job back in May after comments he made in support of a friend who yelled obscenities at City News reporter Shauna Hunt during a live television interview outside BMO field after a Toronto F.C. game.

At the time Simoes was shown in the video using an expletive and calling his friend’s use of the obscene phrase hilarious. The practice of yelling the obscenity, known as FHRITP, started in the United States and has gradually shown up in Canada, as well, often directed as women reporters or anyone who is on camera.

Hydro One has now hired Simoes back.

‘The matter was resolved’

Daffyd Roderick, director of corporate affairs for the utility, said in a statement on Monday that “Hydro One made its views very clear. This matter was resolved through an arbitration process. We will not comment any further.”

In a statement, the Society of Energy Professionals called Simoes’ rehiring “fair and reasonable in all of the circumstances of the case.”

“The arbitrator properly took into account the extensive efforts by Mr. Simoes to make amends for his conduct including apologies to Shauna Hunt and Hydro One, voluntarily attending sensitivity training at his own expense, and making a donation to the White Ribbon Campaign,” said the union.

Toronto-based employment lawyer Andrew Monkhouse said the arbitration process would have been the only course of action for Simoes, barring extraordinary conditions.

“Because he was a unionized employee, he would have never been able to sue,” said Monkhouse.

“Unionized employees are not able to sue their employers except in very, very limited circumstances that don’t have to do with work.”

Monkhouse said he believes Hydro One handled the situation poorly and criticized the publicity it gave to, not only their employee, but the company as well.

“Nobody knew that Shawn worked for Hydro One until they terminated him and put out a short press release saying they let an employee go,” said Monkhouse.

“It didn’t take very long to figure out who it was within Hydro One,” he said, adding that, “It reflected negatively on them once they let him go.”

Soon after his termination, Simoes was barred by Maple Leaf Sports and Entertainment from all events for one year. MLSE own Toronto F.C. and the Toronto Maple Leafs, among other teams in the city

Simoes has reportedly apologized to both Hunt and to CityNews for the obscene gesture. Both accepted the apology.