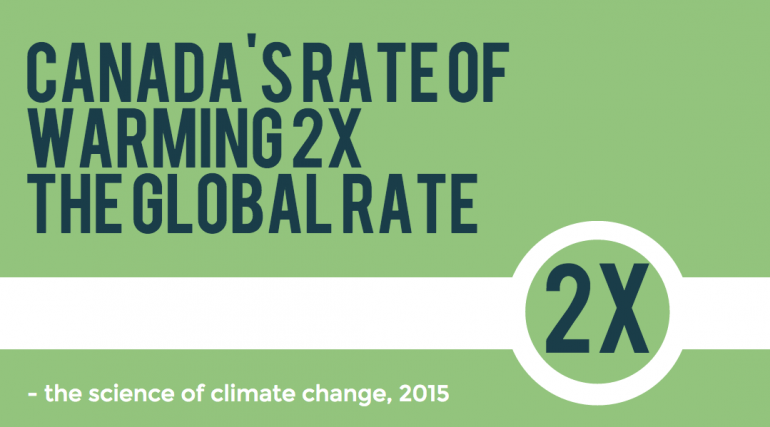 Canada’s first ministers met in Ottawa Monday to learn about climate change from Canada’s experts in advance of the COP21 United Nations Climate Change Conference in Paris that starts next week.

Prime Minister Justin Trudeau said he and the premiers and territorial leaders have established common values and goals, but will wait until after the conference to build a new national plan of action against global warming.

“A united Canada will demonstrate that we are serious about climate change. This means making decisions based on science,” Trudeau told reporters.

“It means reducing carbon emissions, including carbon pricing, towards a climate-resilient economy.”

The ministers heard from experts about the current environmental situation in Canada. They talked about evidence of global warming, trends in Canada’s carbon emissions, and the short- and long-term impact of climate change on the country.

The former Conservative government had been publicly criticized for its apathy on climate change by Ontario, the APEC summit in 2009, and several researchers and scientists. As a result, many premiers worked on their own environmental strategies over the past decade.

British Columbia Premier Christy Clark praised Alberta for recently joining her province, as well as Ontario and Quebec in agreeing to introduce a carbon-pricing strategy to reduce carbon emissions.

“We are really lifting the curtain on Canada’s success to show the world,” Clark told reporters.  “We have had a black eye for a long time on environmental issues and we have not deserved it.”

In his federal election campaign, Trudeau emphasized a stronger plan on the nation’s environmental platform.

He has promised billions of dollars, including an investment of $2-billion to the carbon economy trust, $6-billion over four years on green infrastructure, and $1.5 million on annual freshwater research.

Instead of an overarching federal strategy, Trudeau said that each province will implement different climate change plans depending on their individual needs.

“It is clear that the way forward for Canada will be in a solution that resembles Canada,” he said.

“That is shared values, or shared desire for outcomes and different approaches to achieve those outcomes right across this great country.”

Trudeau has invited all of Canada’s premiers to attend the conference in Paris, along with leaders of the opposition parties and Green Party leader Elizabeth May. They will gather again within 90 days of the summit to come up with a new national plan to battle climate change.