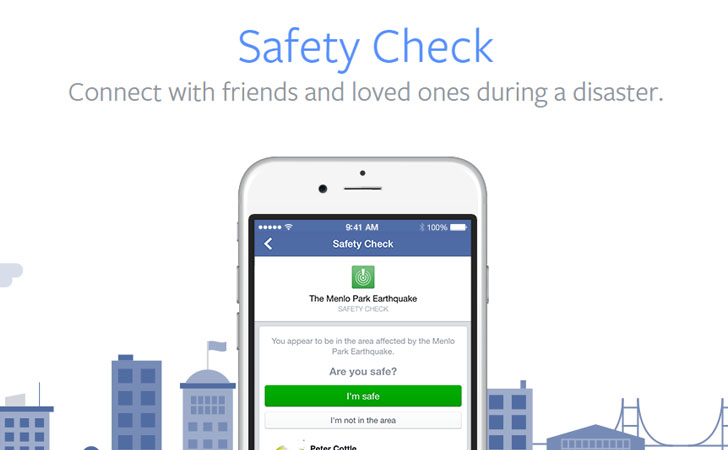 The Safety Check feature was originally introduced by Facebook in 2014 to help those affected by natural disasters.

Following attacks by the Islamic State, the Safety Check feature was used to help track victims in Paris.

Facebook explained the feature allows users to do three things:

“It’s a very good thing if it’s rolled out in a very universal way,” said Heather Lowry, Associate Dean of Media Studies & Information Technology at Humber College North Campus. “I like the democratization of people being able to communicate from perhaps a war-torn area that’s under attack.”

Before the advent of Safety Check, the only way Facebook users could know if someone involved in an event was okay was to check their posting activity.

“With something like that it’s a great idea but hopefully it’s not misapplied. What happens with that information?” said Bernie Monette, Program Coordinator of the Web Development Program.

“Mark Zuckerberg’s said that the purpose of Facebook is to sell advertising,” he said.

“The interesting thing for Facebook is this is another method to get you on the site and back to looking at the ads,” said Monette. “There are a lot of ways you could not use Facebook and still be involved.”

As well, the timing of the Safety Check rollout has been questioned since the feature was not implemented for victims of bombings in Lebanon and Baghdad, which happened one day earlier.

Founder Mark Zuckerberg addressed the criticism from social media users in a comment on his Facebook page.

“Many people have rightfully asked why we turned on Safety Check for Paris but not for bombings in Beirut and other places,” said Zuckerberg.

“You are right that there are many other important conflicts in the world,” he said. “We care about all people equally, and we will work hard to help people suffering in as many of these situations as we can.”

“I don’t think it it was their intention,” said Monette. “Paris was something they noticed and they highlighted these features.”

“Beirut didn’t have the media attention Paris did. I didn’t hear about Beirut until I heard about Paris,” he said.

Some argue the function wouldn’t have been as useful in Beirut as it was in Paris.

“We have to put in mind that in Lebanon, and in case of bombings, rain, explosions, protests, the mobile connectivity goes out, so I think people won’t really be able to connect to Facebook to check in,” Lebanese journalist Doja Daoud said to media outlet Al Jazeera.

Facebook is also giving users the option to overlay their profile pictures with the colours of the French flag; no overlay option was made available for Lebanon or Iraq.

“It can’t seem like it’s a white-western democratic country tool only. I think it should be as universally applied as possible,” said Lowry. “Facebook tries to be pretty egalitarian with what they do… but when you sit in a position of privilege I think it’s hard to see what’s going on.”