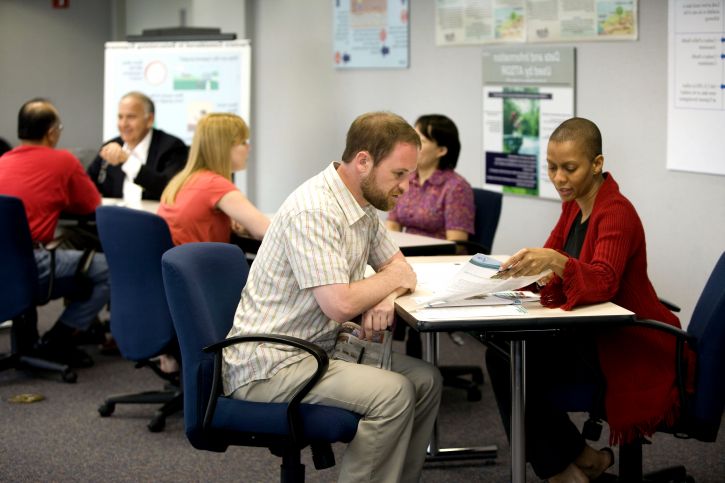 Unemployment is down 5-7 per cent but the change may only be temporary. (Cade Martin, Dawn Arlotta/Public Domain Images)

The latest jobs report from Statistics Canada shows an increase of 44,000 jobs in October across Canada.

However, only 9,000 of those positions are forecast to be permanent.

“In general, the pattern we’re seeing with regard to job increases is temporary, precarious employment of the part-time variety,” Livingstone says. “If there are full time jobs being created, I think the majority of them are low-paying.”

Christine Colosimo, a Humber College career advisor, agrees that jobs are primarily becoming temporary and part-time in nature. However, she adds those positions could be a boon to recent graduates.

She says students need to be patient and adds full-time opportunities typically don’t fall into place until about six to twelve months after graduation.

Colosimo also says many aspiring workers may be too focused on employment in the Greater Toronto Area.

“Stay open-minded – even think about going elsewhere,” Colosimo says. “Toronto’s a hub, but there are so many places that offer amazing employment opportunities.”

Livingstone says a change in economic and job policy is needed in order to create more sustainable job opportunities.

“We need an industrial policy in this country and now is the time, regardless of the month to month fluctuations,” he says. “Things like work redistribution and democratization of decision making so that more and more people who have skills and talents can use them in the jobs they have.”