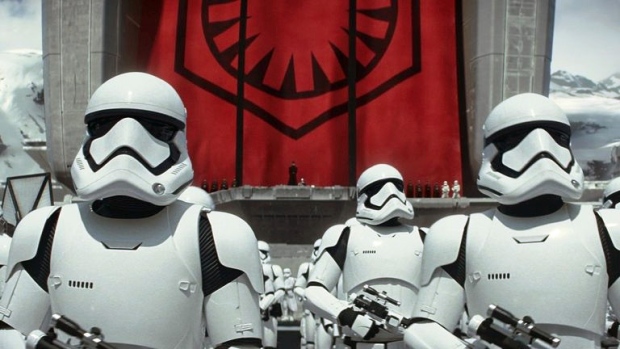 A new hope has come to the north.

Canadians are rejoicing after Netflix confirmed to CBC News that the hotly anticipated movie Star Wars: The Force Awakens will be available to stream in Canada only.

The movie, slated to hit theaters December 18th, will be available for streaming on Canadian Netflix eight months after its theatrical run.

Disney purchased the rights to Lucasfilm, the production company that makes Star Wars, in a $4 billion USD deal in 2012.

According to a report by Variety on Friday, the reason Netflix was able to secure the movie in Canada exclusively, “has to do with the timing of when Disney’s pay-TV distribution deals were up for grabs.”

Meanwhile in the US, it’s not quite the same.

Disney’s American agreement states that distribution of films released in 2015 would be exclusively handled by premium television network Starz.

That means Netflix must wait.

The report by Variety said that while U.S. Netflix does have its own deal with Disney, it doesn’t start until 2016.