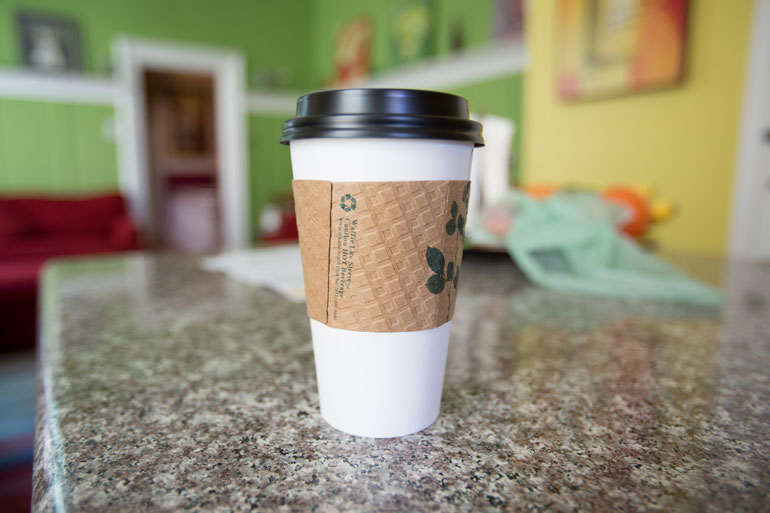 Some students at Humber North campus said Friday they would stop purchasing coffee from some coffee chains if it is proven that the chains don’t actually recycle the cups.

“It’s false advertisement,” said Serena Vaigas, a first year Paralegal student at Humber. “If you’re going to say you’re doing something, then do it.”

Vaigas told Humber News that retailers need to be truthful with their costumers.

They should tell them if they’re not recycling the coffee cups, she said.

Humber Sustainability is promoting E-Waste Collection Week from Nov. 9-13. They will be picking up old and broken items.

“All items will be responsibly recycled and diverted from landfills,” said a sign posted in the Sustainability office.

In 2010, Canadians used an estimated 1.5 billion disposable coffee cups, which is equivalent to more than half a million trees, CBC reported.

Candis Holder, a fourth year student in Early Childhood Education at Humber College, spoke with Humber News about her coffee drinking habits and passion for recycling.

Holder said she uses disposal coffee cups, when she doesn’t bring her thermal mug to school.

After hearing the report that some chains might be misleading customers about their in-store recycling bins programs, Holder said they should adopt transparent attitudes and clarify their stance with consumers.

“If you’re not actually recycling it then just say ‘We don’t recycle.’”