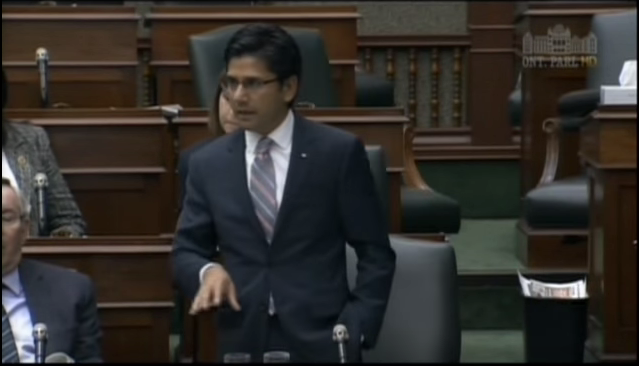 A Toronto activist has called the province’s stance against carding “symbolic” after the province passed a motion to stop carding by the end of 2015.

Journalist and radio personality Desmond Cole said the motion to stop carding is a step in the right direction, but falls short of accomplishing anything significant.

“We really need to see how the province plans to enforce the desire to end arbitrary stops.”

“We, as a government, stand opposed… to any arbitrary, random stops by the police simply to collect information when there are no grounds or reason to do so,” Naqvi said at Queen’s Park Thursday.

“We have heard from the community that street checks, by definition, are arbitrary as well as discriminatory and therefore cannot be regulated, they must simply be ended.”

The motion is the latest development in the ongoing struggle to end the police practice of carding in Ontario.

The province launched a series of consultations in September to get feedback on carding.

John Irwin, a professor of justice studies at the University of Guelph-Humber, defended the practice.

“I think carding is valuable, but I think they need to do it more effectively,” Irwin said. “The street stop is the issue, not the card.”

He added carding is just a name being added into a database, and actually the tool has some positives to it.

However, Cole disagreed with that notion. He said it seemed the provincial government’s new stance on carding can be construed as an admission that none of the information should have even been collected.

“All of the information collected during those stops has been collected for no reason, but all that information is sitting in a database that the police can call up at any time,” Cole said.

“That information ought to be destroyed if the province is actually acknowledging that it never should have been collected in the first place.”