Meat or no meat? WHO report suggests red, processed meats may cause cancer 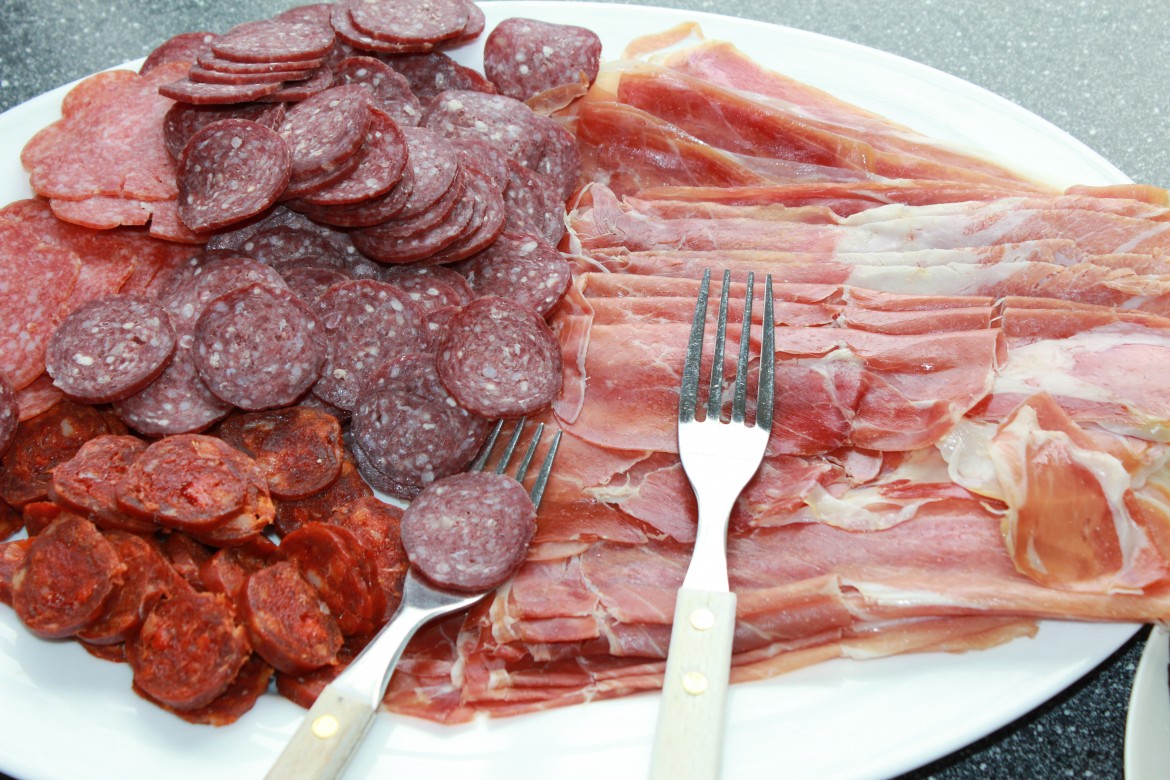 The International Agency for Research on Cancer (IARC) published a report stating that processed and red meat could potentially cause cancer in humans.

According to its website, a Group 1 classification means there is convincing evidence that an agent causes cancer based on human and animal studies. A Group 2 designation means there is limited evidence of carcinogenicity in humans and sufficient evidence in experimental animals.

In a news release, the IARC said that both types of meat are linked primarily to colorectal cancer. Red meat was also linked to pancreatic and prostate cancer.

The IARC said that the risk of developing cancer increases with the amount of meat consumed on a daily basis. It said, “Each 50 gram portion of processed meat eaten daily increases the risk of colorectal cancer by 18%.”

The committee looked at more than 800 studies that covered the correlations between more than 12 types of cancer and consumption of red or processed meat. The studies come from many countries and reflect a wide range of diets.

Many proponents of red and processed meat are denouncing the report, calling it misleading.

In a news release, the North American Meat Institute (NAMI) said every substance reviewed by the IARC in its entire history has been deemed carcinogenic to some extent. Only one, a chemical found in yoga pants, was not.

“IARC says you can enjoy your yoga class, but don’t breathe air (Class I carcinogen), sit near a sun-filled window (Class I), apply aloe vera (Class 2B) if you get a sunburn, drink wine or coffee (Class I and Class 2B), or eat grilled food (Class 2A). And if you are a hairdresser or do shiftwork (both Class 2A), you should seek a new career.” said Dr. Betsy Booren, NAMI Vice-President of Scientific Affairs.

In the news release, Booren said that the IARC report must be viewed in its proper context.

“IARC’s decision simply cannot be applied to people’s health because it considers just one piece of the health puzzle: theoretical hazards. Risks and benefits must be considered together before telling people what to eat, drink, drive, breathe, or where to work,” she said.

Canadian meat organizations echo the call for public awareness of what the report really means.

“It is important to note that the IARC does not evaluate risks, but hazards,” said Ron Davidson, Director of International Trade and Government and Media Relations for the Canadian Meat Council.

“These hazards indicate whether a product or profession, at some level under some circumstance might cause cancer. If you want to take into account cancer risk, you have to take into account the amount that is consumed and a number of other factors. So when there are indications that this finding indicates risk, that’s not correct at all,” Davidson said in an interview with Humber News.

Davidson also took issue with the fact that the IARC’s decision to endorse was not approved by the entire group.

“The IARC normally tries to have a unanimous decision and in arriving at its split decision, the group chose to disregard several studies which present high quality evidence towards the contrary,” he said.

“The agency did not take into account any of the proven benefits of meat or the substantive implications of removing meat from the diet. There are many scientific studies that show no correlation between meat and cancer and numerous scientific papers that show the benefits of balanced diets, which include meat. And we believe that risks and benefits should both be considered before recommending what people eat and drink.”

WHO: Red meat causes cancer! Me, eating bacon: There aren’t enough words in the English language to fully demonstrate how much I don’t care.

Is life without red meat, bacon or sausage even worth living? That’s the real question people should be asking

The @WHO is just trying to make us all miserable with this red meat business… #redmeat pic.twitter.com/HLCwUAV4fa

As someone who is a vegetarian for ethical reasons, the reactions to today’s meat/cancer news have been entertaining all around. — Lauren (@laurengiannullo) October 26, 2015

Finally, this user took the time to make light of the situation.