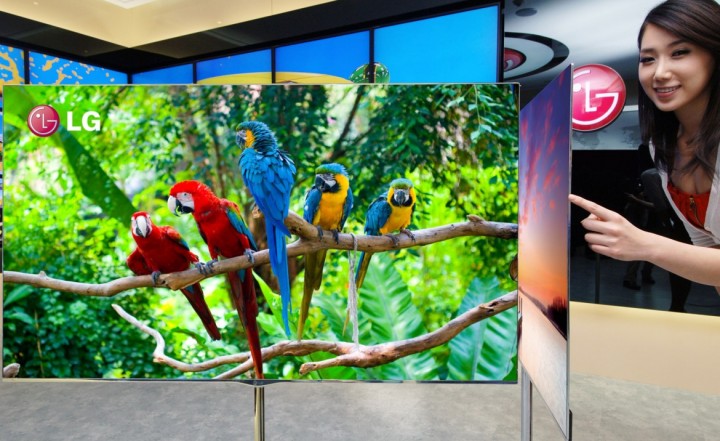 Displays like LG’s OLED television will one day be made obsolete by 4k televisions. (LG전자/Wikimedia Commons)

The future of high-definition television is getting even clearer.

In an announcement Monday, telecommunications giant Rogers announced that 4K resolution programming will be readily available in early 2016.

This means that these monitors will have four times more detail and definition than a regular high-definition monitor.

Wright is in charge of video equipment purchases for Humber College’s media programs and said that 4K resolution is the next step of the video technology evolution.

“The world is slowly moving towards shooting in 4K, but it’ll take a while,’ said Wright.

“Sports will always push the sales of that sort of technology,” he said.

According to Rogers, the company is set to broadcast over 100 professional games in 4K, including all 81 Blue Jays home games, once their technology hits the market.

“What 4K HDR does, is it brings the game right into the living room of every Canadian,” said Guy Laurence, president and CEO of Rogers Communications.

“It is truly transformational,” he said.

Ken Huang, owner of JH Computers in Etobicoke said Tuesday that he does not recommend getting a 4K television just yet.

“There will be initial bugs that need to be fixed before people should think about purchasing it,” said Huang. “It’s not popular.”

Rogers has also reported that it has reached an agreement with Netflix to stream 4K versions of shows like House of Cards and Daredevil.