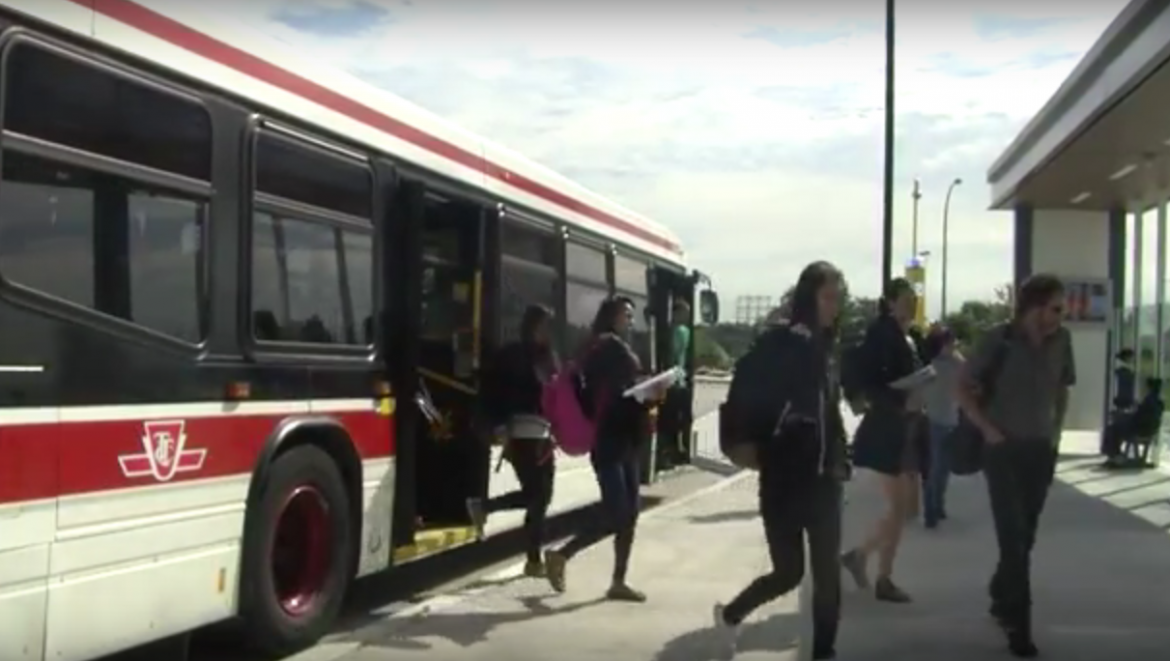 The new bus loop at Humber College’s North campus appears to be popular with riders.

The 10-stop bus loop opened for operations on Sept. 1, just in time for the fall semester.

“For the most part, it seems to be effective,” Diane Maiato, first year general arts and science student at Humber, said. “It brings you closer to the school versus walking.”

Rather than stopping on Humber College Boulevard, all TTC, VIVA, Miway and Brampton Transit/Zum now pick up and drop off students in the loop.

Andre Thompson, Ryerson University student, is a first time user of the loop.

“I used to drive a lot to Brampton so having the loop is easier to switch buses,” Thompson said. “I also feel that’s it’s helpful to the students, it’s easier for them to go straight to their classes because it’s actually closer to the school than the street.”

Although the service seems to be effective for transit users, it is a nuisance for some car drivers.

Amy Cauz, an early childhood education student at Humber College, drives to school. Due to the heavy traffic caused by the loop, she is considering taking the bus to make her commute easier.

“Driving in here with the traffic is brutal,” Cauz said. “I’m always 10-15 minutes late for classes.”

Security personnel direct traffic and ensure safety when students are walking to and from campus.

“I think they do a great job with that,” Cauz said.

TTC staff is also on site to help with the new transition.

TTC route supervisor Mohammed Shaikh said that, while it may be an inconvenience to some, it is beneficial having all buses in one location.