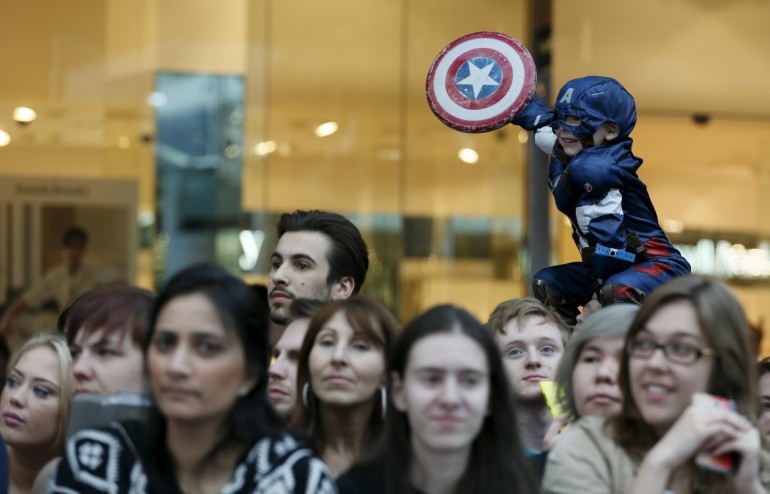 Avengers: Age of Ultron had plenty of fanfare in its domestic release, but its success on the big screen illustrates shades of former glory in the comic book industry.

The Disney and Marvel superhero blockbuster collected $187.7 million at the U.S. and Canadian box office in its opening weekend and pulled in $439 million overseas.

The film is headlined by popular superheroes such Captain America, Iron Man, and Thor, but comic book stores aren’t experiencing the same level of success as they used to.

“If you look at the movies, the most popular movies today… they love the superheroes,” said Chin. “V for Vendetta, Watchmen, and now you got The Avengers and so forth,” he said. “They like [comic books], but they just can’t afford it…it’s an expensive hobby, unfortunately.”

Chin said comic sales began to decline in the mid-90s as the economy weakened with less disposable income to use.

“Comic book sales in the 80s were the best because back then, basically everyone had money,” he continued.

Although superhero blockbusters such as The Avengers, The Dark Knight Rises, and Iron Man 3 rank among the highest-grossing films of all time, but comic book sales simply aren’t as high as they used to be.

“In the 80s, 90s when they came out with a [superhero] movie, it would impact the back issues’ sales, but over the last 10, 15 years, most stores won’t backstock back issues anymore,” said Chin. “It’s just trade paperbacks. We do see some increase in sales for trade paperbacks, but back issues? No.”

“You can get almost anything now digital now anyways,” continued Chin.

Daniel Inthavong, an avid superhero fan, said it can be difficult and pricier to keep up with the comics over an extended period of time.

“In order to understand what’s going on in a comic book, that requires buying a whole series or a bunch of a volumes of a comic,” said Inthavong. “And that would cost me a lot more than if I just went out to the movies with some friends.”

Marvel Studios has more superhero films slated for release, such as Ant-Man and Captain America: Civil War. Avengers: Infinity War is also in development as a two-part sequel to Age of Ultron.

Shaun Hatton, a Toronto-based pop culture critic, believes an abundance of superhero flicks at the cinemas is still a good thing for both older and newer fans.

“As a genre onto itself, we may be seeing a little bit of burnout where people are like, ‘Oh yeah…another comic book movie,’ but when it comes to the fans going out and watching them, these movies do alarmingly well,” said Hatton.

Although comics are lacking the revenues that the movies rake in, Marvel has found success in keeping the tongue-in-cheek style on the big screen for the audience.

“Marvel seems to really grasp the fact that they are making comic book movies and they don’t try to make them too real,” said Hatton. “They’re not too concerned about making them dark or having a morbid take on things.”