Humber gets LinkedIn tips at bootcamp 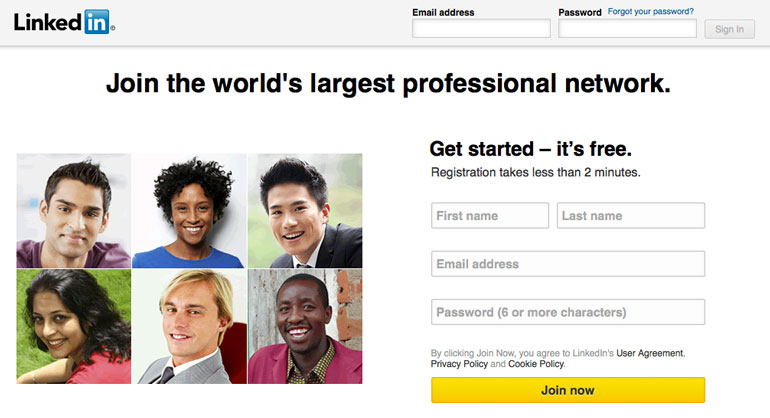 Jobvite’s 2013 social recruiting survey results revealed 94 per cent of recruiters use or plan to use social media in their recruitment efforts. (LinkedIn Canada)

Humber students and faculty got an inside look at how the professional networking site, LinkedIn, can increase their chances of employment at LinkedIn Bootcamp on Thursday morning.

“LinkedIn is about networking. Networking isn’t something you can do in one day,” said Byung Oh, social media co-ordinator at Humber Lakeshore’s career centre.

Byung Oh has been teaching the bootcamp for two years. (Donna Sevilla/Humber News)

Oh has been giving lectures in classrooms by teachers’ requests for almost five years, and said the bootcamp has been running for two.

LinkedIn started out with people in their late forties or older, who were in high positions, but has since become popular with young adults searching for jobs, he said.

The study showed that social media has become an important avenue for employers to look into potential employees.

Two key factors that employers look for in LinkedIn profiles are the use of industry-related keywords, and whether or not the candidate would fit with the company’s brand.

He also recommended that people take time to make their profiles visually appealing.

Participants created their profiles and connected with each other after the presentation. (Donna Sevilla/Humber News)

Lucy Frechette, a professional in public relations and marketing, said she’s had LinkedIn for a long time, but she learned a lot from the bootcamp.

There is more to the networking site than simply creating a profile, she said. New features have been developed over the years.

“This is just another great tool to add to their toolbox that they can use and to try to get their dream job placement,” Frechette said.

“Companies not only like to look at a resume, but also see what their chosen candidate looks like online. What does their online profile look like? Is it consistent to what they have on paper?”

Many of the participants who attended the bootcamp said they see LinkedIn as more than another job site.

“It’s about selling yourself and creating (your profile) in such a way that people will gravitate towards viewing your profile,” said Bryan Leahing, a final-year student in the Humber’s post-graduate project management program.

He said he has used other job sites, but LinkedIn enables him to connect with people who are outside his network.