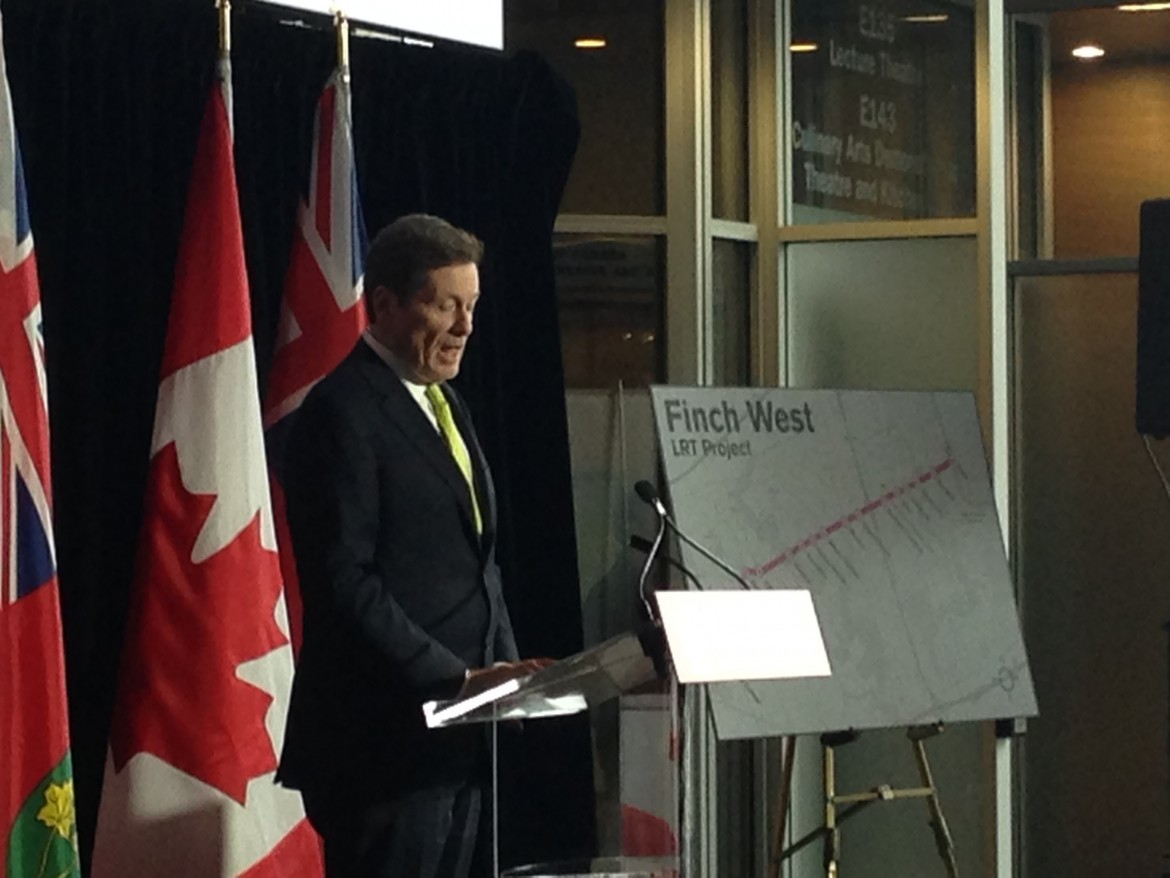 “I said that the most important thing for me was to actually get shuttles on the ground and build the transit.”

Whitaker added that the reduction in trip times is crucial for people traveling to-and-from Humber who use public transit.

“The biggest benefits are going to be for our students and our employees who spend a lot of time commuting already,” said Whitaker.

“Living in the GTA, we know it’s no secret there’s a lot of gridlock and long distances that people have to travel. If we can reduce their commute times by even a percentage of what it is now, that’s more time for them.”

The expansion, dubbed the Finch West LRT, is a $1.2 billion investment from the provincial government that links the planned Finch West subway station at Keele St. to Humber College’s north campus.

The express route is also expected to drastically cut down on commuting times for travelers going between York University and Humber.

Humber News has more on the project in the video below.

There are numerous opinions regarding the proposed $1.2 billion transit plan, but the responses from Humber students were mostly positive.

“To have an extra two hours in your day to study or do anything else, like be with your family, that’s really important for students,” said another Humber student.

Many school-goers said an express transit route to Humber has been needed for quite some time.

“With this LRT proposal, it’s quite a significant plan that they’re putting forth,” said one Humber student. “It’s going to help me get to school 20-25 minutes faster.”

“With traffic, [it takes me] an hour and a half to get here,” said another Humber student. “Without traffic, maybe like 40 to 45 minutes. An express route would cut that down.”

The route also effects more than just students– some said the LRT is also crucial for travelers going from Brampton to Toronto.

“It’s so inconvenient that Brampton [currently] isn’t connected to anything that has a subway,” said one Humber student.

Many students at Humber said they’re most excited to save time on travel.

“I’m going to save a lot of time,” added one student. “It’s for the benefit of everyone. We want to be able to have effective, efficient transit.”

Construction of the LRT is expected to finish in 2021.