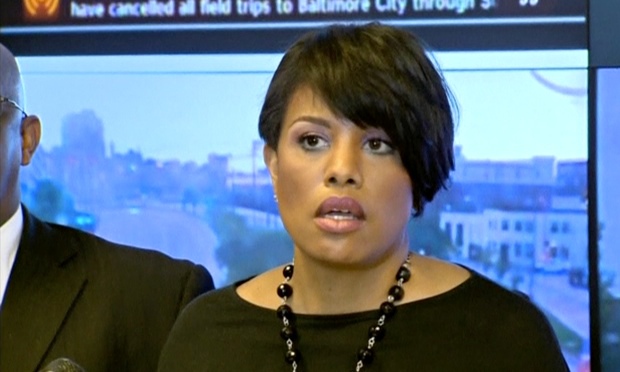 Baltimore remained a city on edge Tuesday with fears of further unrest following the death of an unarmed black man who had been arrested by police.

Freddie Gray died from spinal injuries on April 19, following his arrest on April 12.

An investigation continues into whether Gray’s death resulted from injuries sustained while in police custody.

Protestors gathered on Monday following his funeral, and within hours what began as a non-violent gathering had escalated to a city-wide riot.

Baltimore’s Mayor Stephanie Rawlings-Blake made an official statement Monday evening, and her comments are facing severe backlash from the local community as well as black activists across the U.S.