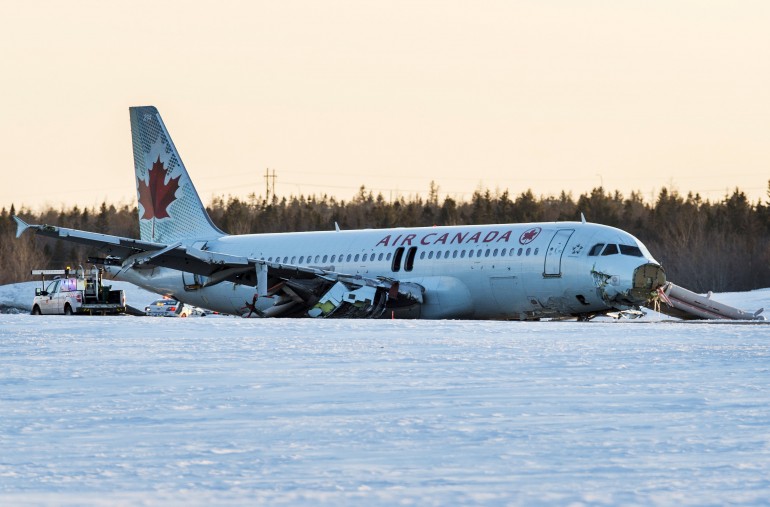 Air Canada flight AC624 sits on the runway in Halifax as investigators look into what caused the plane’s hard landing on Sunday. (Photo: Reuters)

The Transportation Safety Board, Airbus and Air Canada are working together on the investigation.

The investigation is expected to last a few days.

Highlights from today’s inspection are summarized below.

All passengers and crew on the plane survived the crash but 23 people were taken to hospital.

The patients have since been released except for one person.

“We fully appreciate this has been a very unsettling experience for our customers and their families, as well as our employees…” 2/4 #AC624

Passengers waited for emergency services on the runway for almost an hour in the wintery weather before crews were able to drive them to the airport.

Air Canada AC624 crash landing: It took 50 minutes to get everyone inside http://t.co/n5tjoOGnF3