Raptors GM vows to add Canadian talent to the Raptors 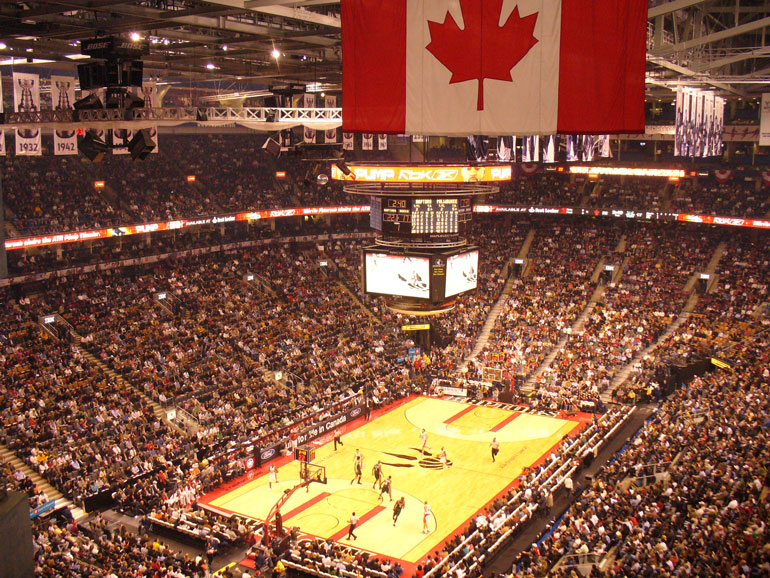 The Raptors’ GM Masai Ujiri announced that he plans to hire a scout specifically for Canadian talent, and vowed to bring a Canadian player to the Raptors.

Ujiri stole the show at Ryerson University Monday night when he dropped the big news during the Canadian Basketball Speakers Forum.

“We are an NBA team, it’s important we look for talent everywhere, but it is on our minds to get a Canadian player or Canadian players,” Ujiri said at the forum.

“There is no doubt in my mind and I know in my time there will be a Canadian basketball player playing for the Toronto Raptors- one hundred percent.”

Minnesota’s Andrew Wiggins is an obvious player to look at.

“We all know who he is, I’m not even going to say his name,” said Ujiri

There has not been a Canadian player for the Raptors since Jamal Magloire in 2011.

Manager of the Canadian National Men’s Basketball Team, James Depoe, told Humber News that Ujiri is a man of his word, and that he’ll definitely make that happen.

Depoe said that Ujiri knows he needs to be at a grassroots level as the leader of Canada’s team, to show respect to the value of local talent.

Depoe said that Ujiri has a special ability to recognize talent and understand the importance of fostering it at the local level.

“He pays attention to the boom and there’s something to be said about local talent and paying homage to your home country and what it does to the fan-base to support talent on a grassroots level,” said Depoe.

Basketball writer, Michael Visenberg, told Humber News that having a Canadian player on the Toronto Raptors is something that “needs to happen.”

“It’s something the fans would embrace so much because it focuses on Canadian presence in basketball,” said Visenberg.

Visenberg agreed with Depoe about Ujiri saying there is no one who has demonstrated a similar level of commitment to basketball in Canada and in Toronto.

“He’s very thoughtful in what he does in terms of moves for the roster and he honestly holds players up to a certain standard while he connects with them so well,” said Visenberg.

“As soon as he came there was a different culture, he was a fantastic move for the Raptors.”