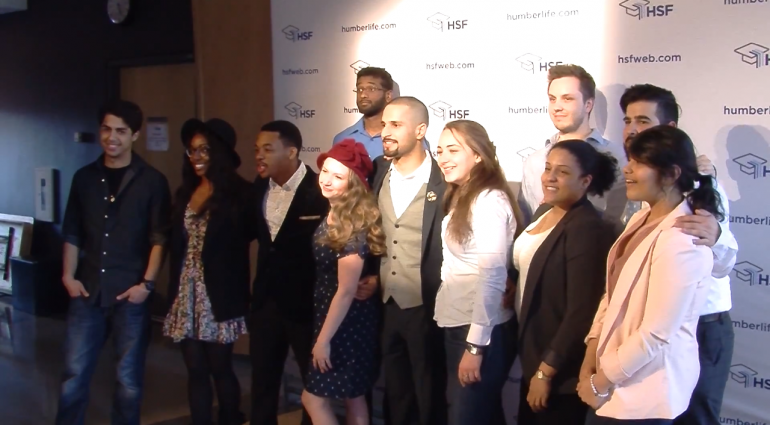 By Earl Abalajon and Jessica Richard

The Humber Students’ Federation unveiled the new team on Friday, and announced who will be taking over for the 2015-2016 school year.

The announcement took place in the student centre at Lakeshore campus. Current president Thomas Walton was there to introduce the new HSF team.

Humber reporter Earl Abalajon went to Lakeshore to talk to the new team.