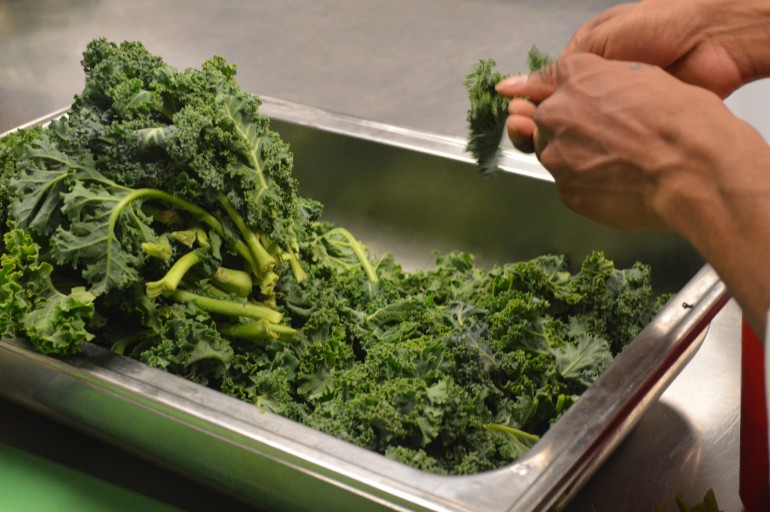 “Myself, I love going to the farmers market but that starts later on in the season. Almost closer to summer time,” said Meynert.

The app Ei Ei Eat, which has yet to launch, helps consumers gain easier access to local produce no matter where they are. What makes the app different than Instagram, Facebook, and Twitter is the fact that it focuses only on fresh local food.

The goal is to help local producers, restaurants and retailers reach an audience that is keen and motivated to eat local. The app is looking to put owners and producers in the driver’s seat, controlling what images and messages they want to put out there.

“I think one of the most telling stats is we know that 64 per cent of Canadians in 2012 stated that if the option of local product was available to them they would select the local product over an imported product even if it cost marginally more,” said Marcia Woods, CEO and co-creator of Ei Ei Eats.

The company says it has research showing if someone is willing to spend more on food to support local farmers, is concerned about environmental issues, or has health concerns.

Most of the produce that Humber Culinary Management students use are Ontario grown.

“We are starting to ring the alarm bell on obesity and the connection to processed foods,” Woods told Humber News on Tuesday.

“What we understand and what we believe is that if we can introduce and make accessible more whole foods in their natural form we can decrease the gap from field to table so that people get maximal nutritional value,” she said.

As well, the research team discovered that women are more aware of the health benefits of eating locally. But both men and women seem to be concerned about economic prosperity as well as the environment.

“Our experience being in terms of the research that we’ve done, there is specifically some age patterns there’s no question about it. People are most likely to be tuned in to local food by the age of 30-70,” said Woods.

“That’s why we have to go to a produce company to actually bring in product for us,”said Meynert

“It’s a learning environment we try to showcase good products, quality products they ideally get to work with the best of the best product.”

The app is seeking $30,000 in crowd funding through Kickstarter until March 27.