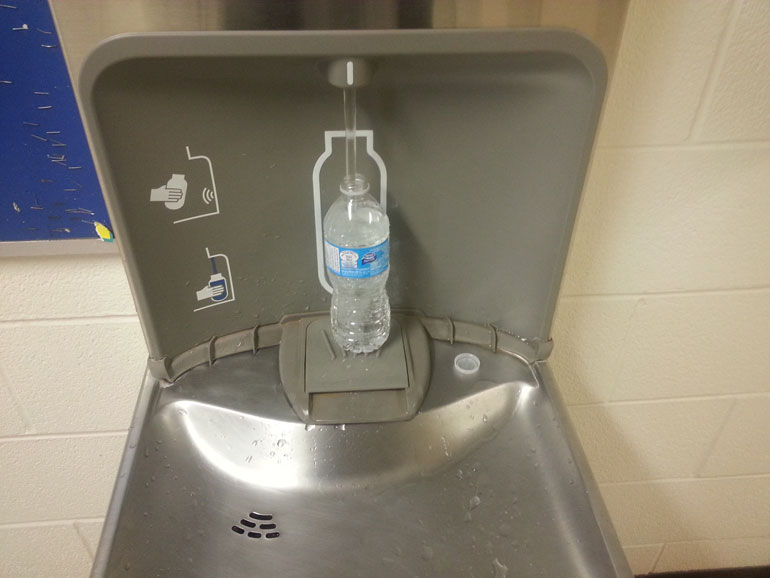 A global water shortage is expected by 2030, if countries don’t change their policies, the UN said.

There may be a 40 per cent shortage of water supply in the world by 2030, the United Nations said in a report released Friday. The report comes ahead of Sunday’s World Water Day.

The report specifically warns about dangers to ground water which has been depleting in many countries.

“By 2050, water demand is projected to increase by 55 per cent, mainly due to growing demands from manufacturing, thermal electricity and domestic use,” the report said.

The demand for water is expected to rise from 2000-2050 by at least 400 per cent because of manufacturing alone.

The report also said not many people have access to water and sanitation in slum populations in developing countries. As well,  people living in those slums are in danger from natural disasters.

An estimated 900 million people are expected to live in slums by 2020, the report said.

One of the reasons for water shortages is over-abstraction which happens when people take more water than is needed.

“Unsustainable withdrawals of surface and groundwater can severely affect water availability for ecosystems and the services they provide,” the report said.

The United Nations has five target areas relating to water:

Kathryn White, president and CEO of the United Nations Association in Canada, told Humber News the report is an important step in dealing with water issues.

“This will make an important – a critical contribution,” she said.

The report is going to help set “a global agenda for the next 30 years,” she said.

“We encourage young Canadians to educate themselves,” said White.

She said it is common that people in Canada forget that more than a billion people do not have access to sanitation and drinking water.

The growth of bottled water has increased from 2000 to 2010 in developing countries. (United Nations Report)