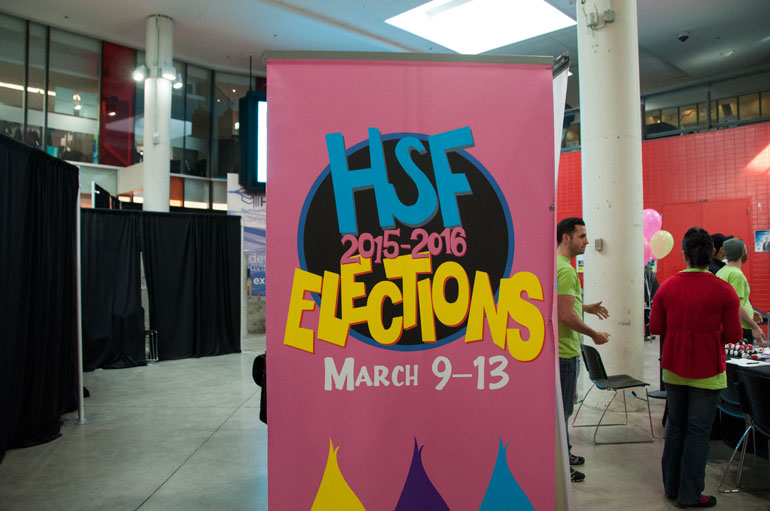 Today was the final day to vote for your president and vice presidents of HSF.

The majority of students opted to vote during lunch hours, making this the busiest time at the booths.

The feedback from voters Humber spoke to today has been generally positive.

“I decided to vote because it’s important for the students to be involved in what’s going on in their school,” said Nicole Frondella, 20, interior design student.

“I voted for the candidates that I work for because I just feel like they’re pitch…it’s what I was interested in,” she said.

Other students like Kellie McKibbon voted because they believe student involvement is important.

“I think it’s important to vote so that all the students have a voice at school,” said the 24-year-old hospitality student.

While many students voted hoping to change Humber for the better, others have a bad taste in their mouths from HSF elections last year.

“I am not voting for the HSF elections because I voted last semester and I was upset with the whole disqualifications that went down,” said Alexander Rowe, 24, a second year electrical engineer student.

“The politics of the whole thing kind of annoyed me.  So I’m not particularly happy with it,” said Rowe.