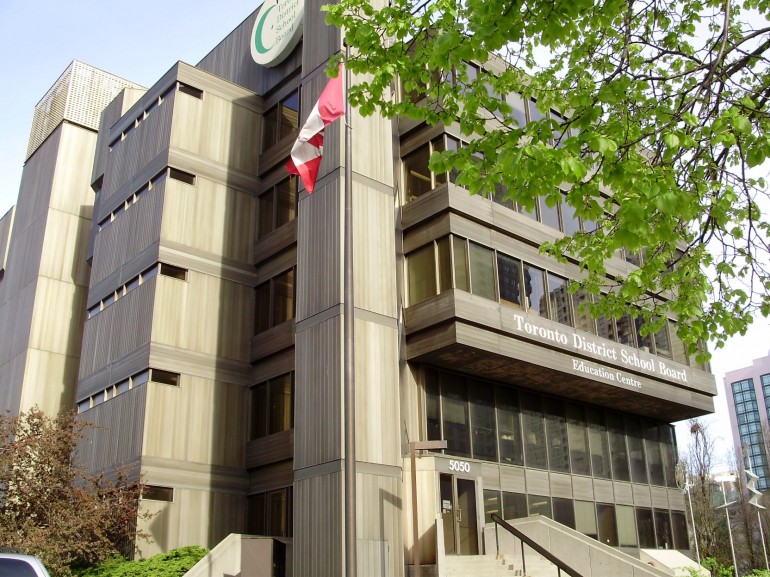 “We think it’s long overdue, we’re very happy with it and support it wholeheartedly,” said Annie Kidder, Executive Director of People for Education, an independent organization that supports public education.

Protestors expressed their opposition at Queen’s Park on Tuesday, but Kidder said their opinions don’t represent those of most parents.

An opinion poll in 2013 suggest that almost all Ontario parents want an updated sexual health component added to the curriculum, she said.

The poll found that nine out of ten parents were comfortable with their children getting sexual health information from school curriculums, and a large majority said they think all 13 sex-ed topics should be addressed.

Shelley Laskin, a TDSB trustee for Ward 11, told Humber News that the protesting groups – at least those that came out on Tuesday – were, for the most part, representing other groups and not necessarily parents.

“We think it’s long overdue, we’re very happy with it and support it wholeheartedly” – Kidder

The revised curriculum is not all about sex, and public reaction has been riddled with misinformation, she said.

“I mean to be fair, parents have heard a lot of information, not a lot is factually correct in terms of what would be in the curriculum,” said Laskin, adding that “there was a lot of concern and angst expressed” before people actually read the document.

“If you actually look at a comparison, parents may be surprised at how much of the revised curriculum is already been taught in schools,” she said.

“If you want our children, our youth, to avoid getting involved in sexual activity and adopt unsafe practices for sex, they’re not supposed to give them samples of sex, no, I don’t buy into that concept and I am joined by many parents like me,” said Farina Siddiqui, coordinator of the Greater Toronto group Coalition of Concerned Parents.

There is a lot of misinformation about what the new curriculum will do, Laskin said.

The new curriculum was actually first introduced in 2010, but was shot down by then premier Dalton McGuinty.

“The province wasn’t very brave at that moment, and quickly withdrew it, which was a surprise to a lot of the rest of us,” said Kidder. “I think they should have known that there were going to be some objections to it…the media also had quite a bit of misinformation of what was in the curriculum.”

Laskin, who is also a part of the Ontario Public School Boards Association, said the group has been writing letters to the government over the years.

“Why did it take four and a half years? I don’t know,” she said.

“It’s been overtime. So we’re just very glad that it’s out now so the appropriate training and information can go out so it can be implemented this September.”

Siddiqui said she believes the curriculum is being imposed on parents and children without prior consensus or proper consultation.

Laskin provided to Humber News a school board document the addressed the myths and facts around the new sex-ed approach, which said the revision of the Health and Physical Education curriculum is a result of a review process that started in 2007.

“This review is the most extensive curriculum consultation process ever undertaken by the ministry and involved parents, students, teachers, faculties of education, universities, colleges and numerous stakeholder groups,” the document said.

It also mentioned that at the end of last year the ministry gave more than 4,000 parents from all four publicly funded school systems an opportunity to provide input.

Siddiqui said she doesn’t see how the government is saying this, and that there should have been a larger scale consultation.

“I mean we’re in 2015, how hard is it, for the ministry with all their resources to send an online survey to parents…or an outline of the curriculum before the launch,” she said. “The consultation process was completely flawed and unfair.”

Kidder said this process has been commonly misunderstood.

“People say the consultation was only these last few months, with 4,000 parent councils across the province, but I think they’ve missed the bigger piece,” she said.

“That was an extensive consultation, so that’s an important piece where folks are trying to imply that the only consultation on the revise curriculum has been through a survey to school councils – that’s absolutely not true.”

Trustee Laskin said teacher groups have come out and supported the update, including those from the Catholic school board.

“It was 18 years old, before a lot of the social media issues raised their ugly heads,” she said. “I think as with every curriculum teachers comfort level will grow with their ability to have appropriate training, and I haven’t heard any pushback.”

Some of the new topics include sexting and consent.

But Siddiqui said she is concerned with the lack of transparency.

She said her and other like-minded parents would have liked to see bridge-building efforts by the ministry reaching out to them and asking them about their concerns.

“Why did it take four and a half years? I don’t know” – Laskin

Instead of doing that, our premiere said that the motivation behind a “few” parents spreading fear about the curriculum is homophobia, she said.

“I don’t agree with that kind of opinion. No, she is our premiere, regardless of her own choices in life, she cannot call us that. We aren’t anti-gay or homophobes,” she said. “We’re just parents.”

Kidder from People for Education said she thinks the concerns will go away.

“I think the media, this time, has been a little better…at recognizing the narrowness of the group of people that object to this represent,” she said.

“I don’t mean any disrespect to people who are worried about parts of this, but some of the leaders have really narrow views…and I think the government said ‘we’re doing this no matter what anybody says.'”

But Siddiqui said the fight isn’t over yet.

“We are planning another protest in April, and I hope the curriculum doesn’t go forward without a respectful consultation process. Teachers should also understand that we’re disappointed and it should not be taught.”