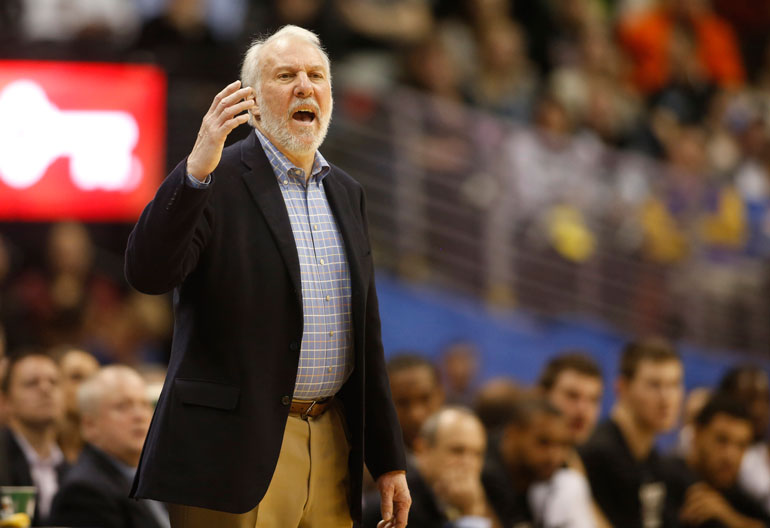 By Mario Belan and Edward Bayley

Popovich achieved something that only eight other NBA coaches have.

He wasn’t able to accomplish it on Sunday when they lost to the Toronto Raptors 87-82, but they defeated the Indiana Pacers in Indianapolis the following night 95-93, thanks to the game winning shot by Marco Belinelli.

“Gregg Popovich has the ability to command respect from the people he employs,” said Jermaine Murray, director of video production of atthebuzzer.com, a Toronto based website that covers basketball.

Popovich steps up for his players, but is also very disciplined which leads to the success of the Spurs, said Murray.

Here is how Gregg Popovich stacks up against Phil Jackson and the 7 other coaches who have achieved 1,000 career wins.

What sets Popovich apart from other coaches is that he has heart for the game and also knows how to draft quality players, he said.

“Popovich is a great drafter,” Murray added. He went out and got Tim Duncan and then built his team around his star player.

Popovich has stayed with the team for 19 seasons, so he knows his players and their abilities, said Murray.

Murray said Popovich is still second best though, with Phil Jackson being the number one coach of all-time in his eyes.

“Jackson has the rings,” he said, but Popovich didn’t inherit a team that had the two of the best players that ever played.