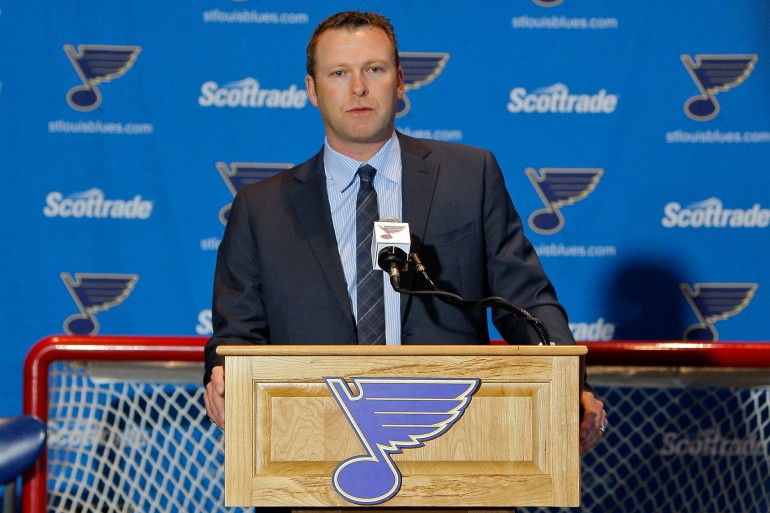 Martin Brodeur, who played goalie for the New Jersey Devils for 21 years,  announced his retirement from the NHL today.

Brodeur signed with the St. Louis Blues this season. At a press conference held at the Scottrade Center in St. Louis, Missouri, he announced that he will remain with the team but not in the net.

At 42 years of age, it was inevitable that Brodeur would make the announcement, but retiring as a St. Louis Blue is not something many could have predicted.

The Montreal native played the game for more than two decades, breaking several records and winning three Stanley Cups as a goalie for the Devils.

In his rookie year, Brodeur lead the Devils to the Conference finals, securing the goaltending position with a remarkable performance as a 21-year-old.

The following year, the Devils made it all the way to the Stanley Cup finals with Brodeur leading the way. In just his sophomore season, Brodeur was hoisting the Stanley Cup after defeating the Detroit Red Wings in 4 games.

Nineteen years later, Brodeur decided to test free agency for the first time in the 2014 off-season.

He eventually signed with the Blues on Dec. 2 but the stint was short lived as he only played in 7 games before taking a week leave of absence.

Brodeur will now be taking a front office job with the Blues as a Senior Adviser to the Blues General Manager.