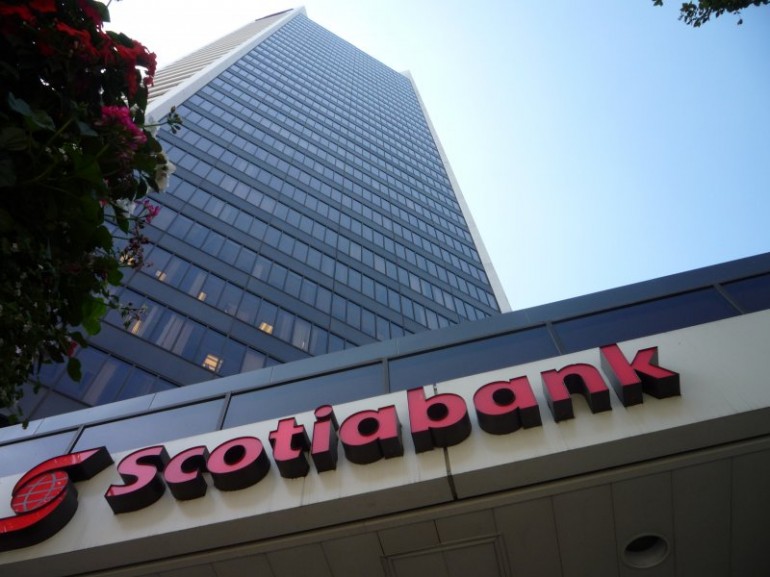 ScotiaBank warns it is cutting 1,500 jobs across the board, with two-thirds of the downsizing in Canada alone.

“Today’s announcement is a result of making some difficult but necessary decisions to support our long-term goals,” said Scotiabank President and CEO Brian Porter.

Scotiabank made a record profit of $6.7 billion for the fiscal year 2013.

Profitability doesn’t have anything to do with most downsizing decisions, said Steve Bang, business professor at Humber College.

“More and more people are using [the] Internet to do their buying, to do their banking…to do pretty much everything,” he said.

With this migration towards Internet and social media, there is less incentive for businesses to have a footprint in the actual marketplace, said Bang.

“Banks like ScotiaBank are finally realizing they really don’t need to have a lot of branches out there to service the same amount of customers,” he said.

The bank will also close or downsize about 120 branches worldwide and the move will affect people at all levels of the organization, the release said.

There were not enough customers to maintain the existing number of branches in regions like Mexico, Venezuela and the Caribbean.

Fewer people are going to banks to do their banking and the lineups of the old days don’t exist anymore, Bang said.

The bank expects a cost saving of $120 million resulting from the restructuring but it does not anticipate seeing the full benefits before its 2016 fiscal year.

The bank said it would set aside provisions of about $148 million in the fourth quarter mainly for restructuring and severance costs.

“My personal opinion is it’s going to be the trend in not only the banking but pretty much everything, including retail,” said Bang.

Everything from applying for a loan to moving money between accounts can be done over Internet banking, he said. “You are also seeing a movement towards an almost cashless society.”

Bang said he was seeing a reverse trend to outsourcing, as the economic incentive to outsourcing is gone. With international outsourcing centres driving up pricing, call centre jobs are coming back to Canada.

“We remain confident that our 2014 reported results will be within our financial objectives for the full year,” said Porter, who added the bank is still in growth mode.

“What’s happening in the Canadian economy is that over time we are right-sizing,” said Bang.

“Those jobs will have to convert to other type of jobs,” he said.