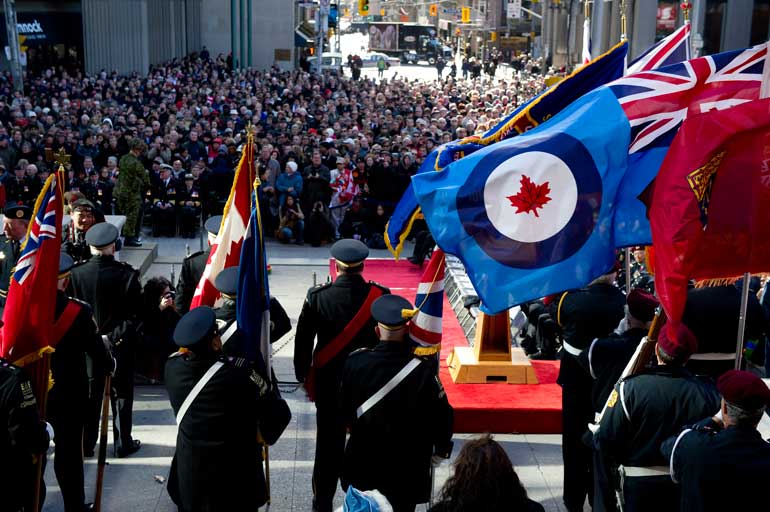 Torontonians will certainly have no difficulties finding a Remembrance Day ceremony in any section of the city.

Toronto has over two dozen active branches of the Royal Canadian Legion, each of which will be having a ceremony to commemorate the special day.

In addition to the Legion branches, the City of Toronto is set to have ceremonies at six different locations with participation from a number of local community organizations, churches, high schools and Royal Canadian Legion branches.

Below is a map identifying the locations and times of ceremonies for the City of Toronto and the Royal Canadian Legion.