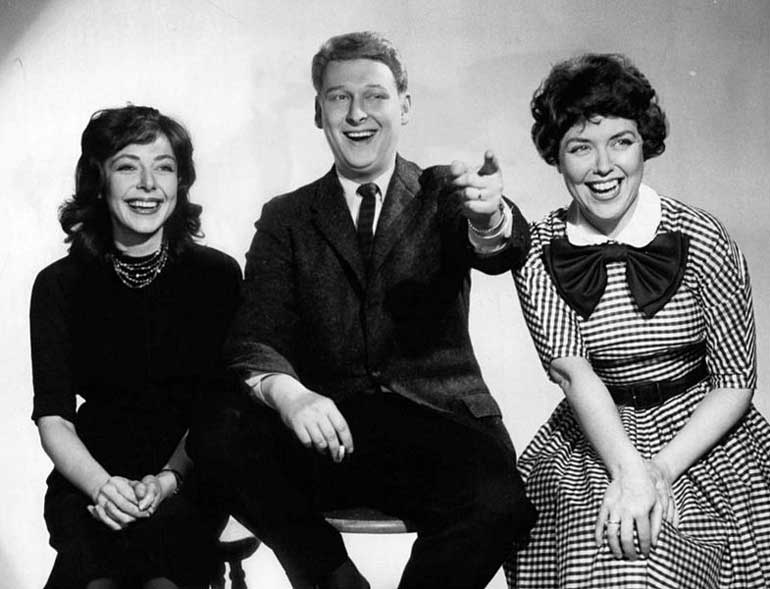 From L to R: Elaine May, Mike Nichols and Dorothy Loudon from the TV show Laugh Line in 1959 (NBC Television)

Born Michael Igor Peschkowsky in Berlin, Nichols moved to the United States as a small child.

Nichols studied at the Actors Studio in New York City before moving to Chicago where he joined the Compass Players, the precursor to the Second City.

He started his career as a stand-up and improvisational comedian with his writing and performing partner Elaine May. Nichols and May won a Grammy Award for their 1961 comedy album An Evening with Mike Nichols and Elaine May.

He made his directing debut with the 1966 dark comedy Who’s Afraid of Virginia Woolf?

Over his 41 year career as director Nichols made many notable contributions to American cinema. His most lasting film may be 1967’s The Graduate staring Dustin Hoffman.

Some of his other movies are Carnal Knowledge, Silkwood, Working Girl, The Birdcage and Closer. His last film was the 2007 comedy Charlie Wilson’s War.

Nichols was one of the few people to have won an Emmy, a Grammy, an Oscar and a Tony — known colloquially as an EGOT.

After news of his death was announced, fans, friends and family members took to social media to remember Nichols.

Nichols is survived by his wife, award winning broadcast journalist Diane Sawyer, and his three children from previous marriages.

The news of Nichols’ death was confirmed by ABC News president James Goldston. According to Goldston, Nichols’ family will be holding a small private wake for the late director.

Here is a brief look at some of the highlights of Nichols’ long and illustrious career.