Lung Cancer is not just a smokers problem 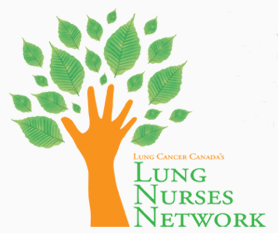 Smokers are not the only ones dying for some air.

Every 27 minutes someone in Canada dies of lung cancer.

According to a survey from Lung Cancer Canada, more than one in five Canadians feel less sympathy for people with lung cancer than those with other cancers because of its link to smoking.

In fact, more than 15 per cent are lifelong non-smokers and over 35 per cent are ex-smokers, in many cases who have quit years before being diagnosed. Mortality rates for Canadian men have declined, but have increased in women in the past 30 years.

Anne Marie Cerato, 36, is a member of an advocacy committee and co-chair of the programs committee with Lung Cancer Canada. She said lung cancer has taken the lives of more Canadians than breast, colorectal, and prostate cancer combined.

Cerato was diagnosed with lung cancer at 30 years old. Doctors had found a two-centimetre tumor that quickly spread to her lymph nodes. She went from having a good to chance of being of cured to almost none at all.

One year later Cerato had a re-occurrence and was diagnosed with stage four cancer.

Lung Cancer Canada is a small organization, “small, but mighty,” said Cerato. They are hoping to launch a peer-to-peer support network so patients can support and connect with each other in early 2015.

Programs that detect the disease early and improve the chances of survival are lacking across the country. “The FDA and (United) States have just approved an early screening program but Health Canada has not,” said Cerato.

Breast and colon cancer have seen increased survival rates because of national screening programs. By contrast, almost 48 per cent of lung cancer diagnoses are made when the cancer advanced and incurable, significantly reducing the chance for survival.

Lung cancer research receives only seven per cent government funding, despite accounting for 27 per cent of cancer deaths.

The five main priorities listed by the LLC, are early screening and detection, stigmas that surround people with this type of cancer, effects of lung cancer on the Canadian population, the status of research, and access to diagnosis and treatment.

“Treating people when the cancer has advanced to an incurable stage costs us all more,” said Dr. Natasha Leighl, medical oncologist and Lung Cancer Canada President in a press release. “Not only is it better for the patient to detect and cure lung cancer early, it ultimately saves the Canadian taxpayer about $10,000 per case.”

Leighl said lung cancer screening will save lives and save money as many 1,200 Canadian lives can be saved every year.”

For more information on the report, please visit www.lungcancercanada.ca.