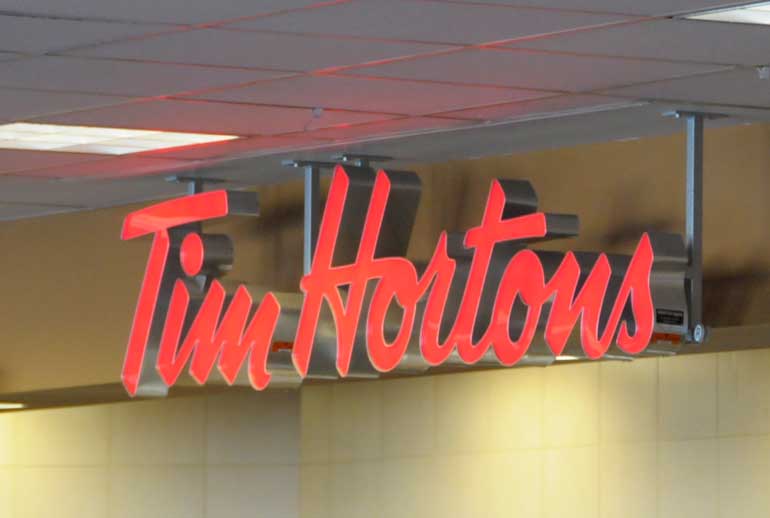 By Shaneza Subhan and Aabida Dhanji

Humber News spoke with students on campus to see how they felt about the price hike. Students had mixed reactions to the increase.

“I think the price is fair and won’t really affect my visit to Tim Hortons.” — Mike Connolly, Accounting

“I don’t think the hike is fair, because they already make a lot of money.” — Brian Espinoza, second year Business student at Guelph-Humber.

“I don’t think the price hike is fair because as a student, things are already expensive and prices on campus went up already.  It won’t affect how much coffee I buy, especially because its finals right now. Perhaps when the semester is over I will brew my own coffee.” — Nadia Singh, second year Accounting student.

“I think it’s not that bad because other places have higher prices. Tim Hortons is still selling at a cheaper price. It’s good for Tim Hortons but if you’re a coffee person, it may not be as great for you.” — Sharmaine Antazo, second year Business student.

“I don’t think the price increase is fair. But I guess every other company is so expensive now. I’ll probably go to McDonald’s instead of Tim Hortons because of the price hike.” — Stephanie Faria, first year Business Management student.

“I think the price hike will affect me going to Tim Hortons. I think the quality of the coffee is mediocre, there are just some days that I go to Tim Hortons when I really need it.” — Jordan King, post-grad, Web Development student.

“The price hike won’t impact me because I don’t buy coffee much. I guess it will affect others that do drink coffee though.” — Waseem Ahmad, second year General Arts and Science student.

“I think Tim Hortons is pretty cheap, so to me it’s not the biggest deal…10 cents is not much, so it’s not a dramatic increase.” — Jessica Gavito, second year Fitness and Health student.