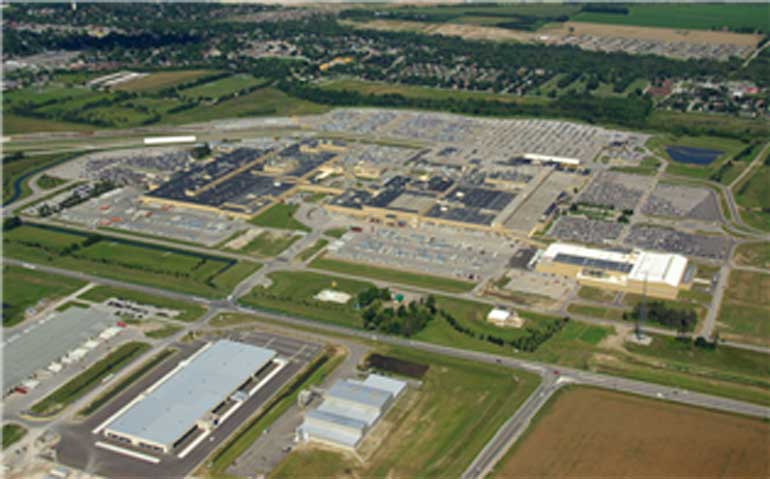 It’s a major boost for a region that needs it. After years of industry-related job cuts across Southwestern Ontario, Honda announced it will be investing more than $800 million in its Alliston, Ont., plants.

The company made the announcement Thursday at the three plants that house production of the Civic Sedan, Si and Coupe, as well as the CR-V.

The investment will be made over the next three years and will total $857 million. The money will be used to update technologies and processes at the Alliston plants in order to improve efficiency and put them in a better spot to secure new models.

“We are deeply proud to be the lead plant for the next generation of Honda Civic, a designation that reflects the incredible efforts of Honda associates over the past quarter century to produce products of the highest quality for our customers in Canada and around the world,” said Jerry Chenkin, president and CEO of Honda Canada Inc., in a media release. “This marks the first time a Honda plant outside Japan has been designated as a ‘global lead plant’, which reflects the knowledge and experience of our Canadian associates.”

The project is also expected to make them the new teaching plant for all of Honda’s other world-wide operations.

“For me this is the really exciting part of this announcement,” said Wynne.

“Honda is a mainstay of Ontario’s auto sector and manufacturing base,” said Brad Duguid, Ontario’s Minister of Economic Development, Employment and Infrastructure, in a press release. “This investment helps to position the Alliston facility as an innovation leader in Honda’s global operations.”

The original plant opened in 1986 making it the first Japanese automaker to establish themselves in Canada. They added two more buildings in 1998 and 2008.

Alliston produces about 400,000 vehicles each year and is home to about 4,300 employees.

Kathleen Wynne said the province will contribute $85.7 million to the project, the 10 per cent that is typically offered, and that it will protect current jobs. It’s unclear if the funding announcement will create any new jobs in Alliston.

“Our government is proud to partner with companies that are making the investments in innovation and skills that help us compete globally,” Wynne said in a media release. “The fact that Ontario successfully competed for this project reinforces our position as a global leader in auto manufacturing, and it is a vote of confidence in our province as a great place to do business, now and in the future.”

No funding has been announced from federal government.

The Ontario government said the investment will bring hundreds of millions of dollars in additional revenue for companies who supply the Alliston plants.

At the time of publication, Honda’s stock price dropped immediately after the announcement, but rebounded into positive territory throughout the day.