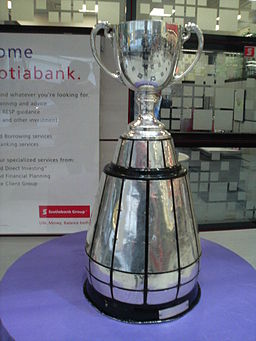 Mark the date CFL fans; the game you’ve been eagerly awaiting all season long has arrived.

The 102nd Grey Cup is taking place this Sunday at BC Place in Vancouver where the East Division champions, the Hamilton Tiger-Cats, will face off against the Calgary Stampeders to see who will reign as this year’s CFL champions.

The game is roughly 4,300 tickets away from becoming a sell-out, according to a report from Sportsnet.ca. Five million Canadians are expected to tune in to the game.

Mike Hogan, a TSN 1050 radio host and play-by-play announcer of the Toronto Argonauts said the game’s success in ratings depends on the type of game that ends up being played.

“If it’s a good game with a lot of drama, the curiousity will increase and the ratings will stay high, but if it’s a blow out, the numbers will certainly go down,” said Hogan.

While these numbers for ratings are good for TSN and show there’s still a supportive CFL fan base across Canada, a survey by the Angus Reid Institute shows flaws in the significance the Grey Cup and CFL have to many Canadians.

The survey reports 39 per cent of individuals ages 18-34 find the Grey Cup to be a significant event. That’s compared to 52 per cent of those 55 and older that believed the same thing.

The survey also suggested that the CFL has a much larger following in western Canada, particularly the Prairies, where the Saskatchewan Roughriders are the only professional team in the province.

“Their fan base is absolutely wild. Their following is enormous, every game is pretty much sold out,”said Reinhart. “It’s quite different than Toronto where the fan base doesn’t seem to be there.”

Hogan, as the play-by-play announcer for the Argonauts, heads to different stadiums across the country covering games for TSN Radio 1050 and simply says people in Ontario have different sporting interests than those in Saskatchewan or Alberta.

“The NFL is bigger than the CFL in Ontario and that’s because, in this country, fantasy football is bigger and that’s geared towards the NFL,” said Hogan.

“The CFL is trying to get a foothold on this but it’s tougher to do with nine teams compared to 32 teams in the NFL, but I’ll say that I see the CFL’s impact on Canada more when I get out of Toronto; the city is the weak link in terms of fandom in the league,” explained Hogan.

However, Matthew Burgar, 21, a Montreal Alouettes fan said it’s possible that in certain areas of Canada, sports fans underestimate the ability of the players and where they’re coming from.

“If you actually go to a game, you’ll see that it’s really entertaining and that the players, while some of them may have been rejected from the NFL or come from there to the CFL, are still amazing to watch, but I think because it’s not the same as the NFL, it’s a less popular league in certain parts of the country,” said Burgar.