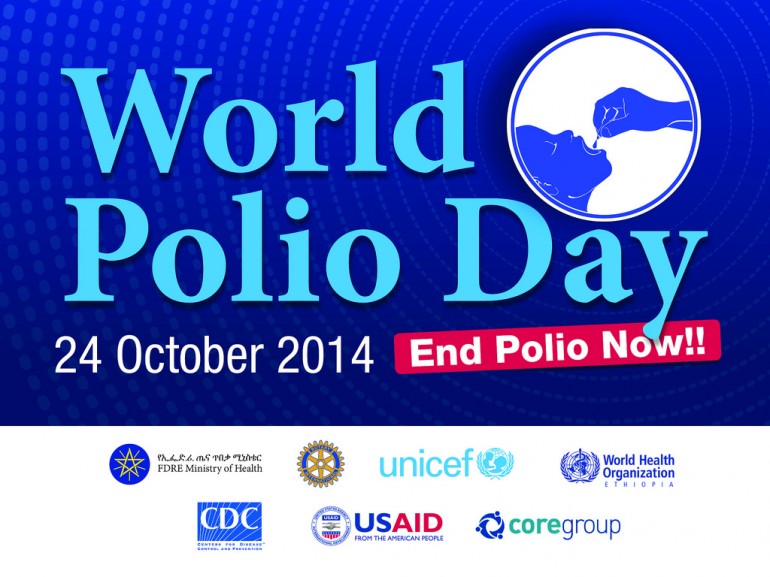 As details emerge about the first case of the Ebola virus in New York City, organizations and advocates are coming together to spread awareness about a disease that once had a similar international outbreak.

Oct. 24 is annual World Polio Day, when the global community reflects on this disease that has almost been eradicated worldwide.

Though the long-standing fight against polio has been successful,  the World Health Organization reports cases are still occurring in three countries: Nigeria, Afghanistan and Pakistan.

Events in Toronto included a lunch at the Royal York Hotel hosted by the Rotary Club of Toronto. Roger Ashby, a radio personality from CHUM FM was one of the speakers.

Notable symptoms of polio include permanent paralysis within hours, muscle stiffness and fatigue, as well as respiratory problems.

The disease can be spread by person-to-person contact and goes through the nerve or respiratory systems.

In 1988, the Global Polio Eradication Initiative began and according to its website, since then 2.5 billion children have been immunized against the disease.

However, post-polio syndrome still affects those who were diagnosed with it years ago, including Eileen Lavigne, an Ottawa-based polio survivor who started her own group for fellow survivors.

Lavigne said as a result of her post-polio syndrome, she experiences fatigue and difficulty using certain muscles in her body often. She gave some advice for other polio survivors.

“Listen to your body; it knows what it needs,” said Lavigne.

“If you don’t feel up to doing something, then don’t do it,” she said.

As a main focus of World Polio Day is awareness, Lavigne offered different ways to spread it.

“I would encourage other polio survivors to share their story or experience through more platforms,” said Lavigne.

“We also need more doctors that are available with information that can spread word on the disease.”

There are comparisons to be made between polio and the Ebola virus. The world is currently experiencing the biggest outbreak of Ebola in history.

Prime Minister Stephen Harper compared the beginnings of a global Ebola outbreak to that of polio at an event where he was granted the Rotary Foundation’s Polio Eradication Champion Award.

Andrea Spindel is the president and CEO of March of Dimes Canada, the Canadian branch of an organization funding efforts to combat polio.

She said the two diseases are spread in different ways meaning an Ebola outbreak wouldn’t be as widespread as that of polio.

“Every single individual Ebola case seems to be being handled with precaution and we’re all very aware of how to avoid this virus, whereas with polio everyone got it through direct contact in one place such as a swimming pool, so I don’t think an outbreak of Ebola would be the same,” said Spindel.

Below is a timeline showcasing the respective outbreaks and history of both the Ebola virus and polio.