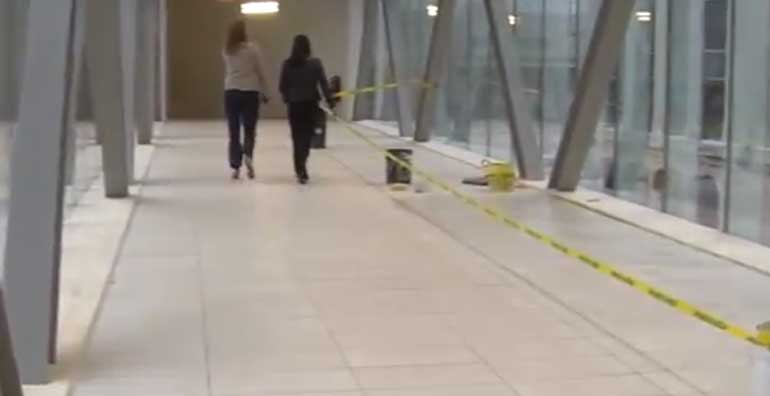 By Ari Salas and Adam Stroud

The bridge was part of a renovation deal by the Royal Bank of Canada (RBC) who will take over 65 per cent of WaterPark III where the PATH now ends.

Commuters say this will reduce auto traffic and make their trek’s easier in Toronto’s winters.

Humber News reporters Ari Salas and Adam Stroud went down to the scene to check out the grand opening.