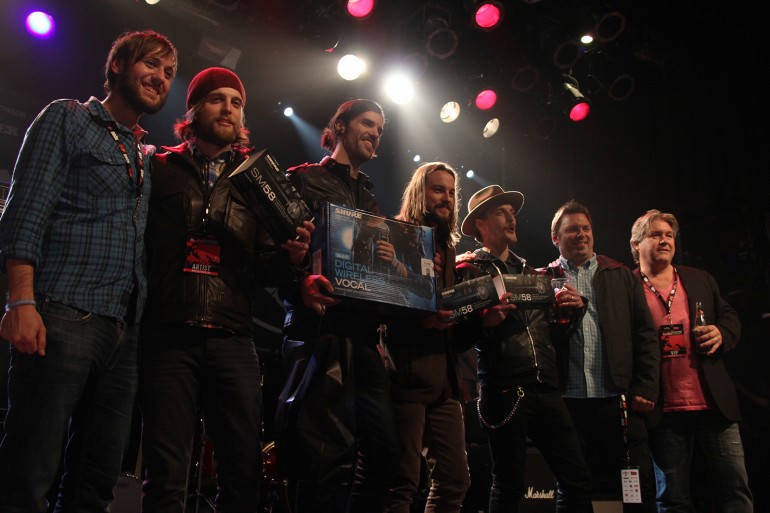 Despite Indie Week being held in Toronto, it was a central Canadian band that shone.

Twelve of the music festival’s finalists were showcased and judged at the Virgin Mobile Mod Club on Sunday night. Despite ten of the 12 competitors coming from between Canadian coasts, it was Edmonton band Stone Iris who was the sole Canadian band to place in the competition.

The new-blues rock band came in first place and walked away with a wireless vocal system prize pack, a Shure Canada package and the opportunity to fly out to Indie Week Europe.

“There’s really good music out in Alberta out west,” said El Niven, Stone Iris’ lead singer and guitarist, as the band accepted their prize onstage. “We represent [them].”

The Hot Sprockets of Dublin, Ireland came in second, and 5j Barrow of Brooklyn, NY came in third. Second and third place winners were each awarded a Shure Canada prize pack.

According to Indie Week, this is the 11th edition of its Canadian leg, and this year’s is bigger than ever.

“We had 265 bands play this year,” said Indie Week owner and CEO Darryl Hurs during an on-stage address last night. “This is the biggest we’ve ever been, and I would say that we would not have a festival without the bands.”

The annual festival, which features independent Canadian and international bands, ran from October 15 to 19 at various venues in downtown Toronto.

View our gallery of some of last night’s performers below.