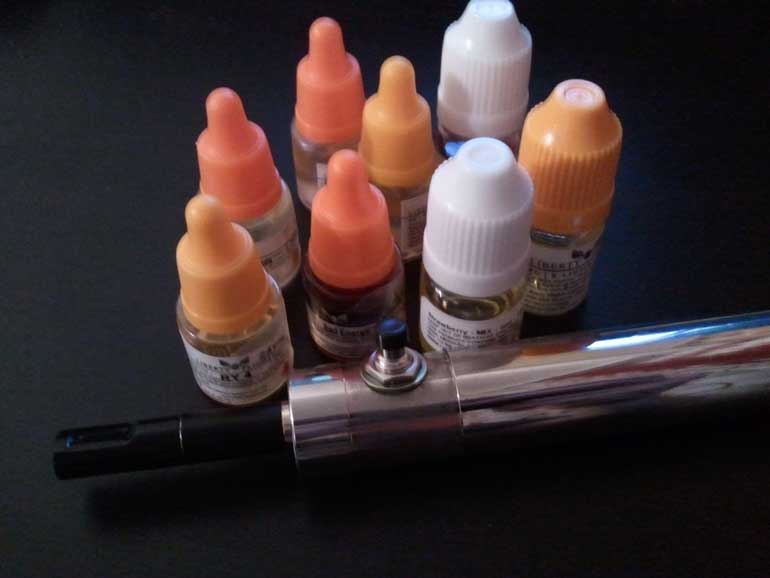 E-cigarettes come in a variety of flavours (Lauri Rontala/Wikimedia)

The Nova Scotia government introduced new legislation today that will regulate the use and sale of electronic cigarettes.

The legislation amends the Smoke-free Places Act of 2002 and the Tobacco Access Act of 1993.

Health and Wellness Minister Leo Glavine said in a statement that products like e-cigarettes are potentially damaging to public health and run the risk of undoing the success the province has had in reducing smoking rates.

“We’ve worked hard to shift from a smoking culture to a smoke-free culture in Nova Scotia. We do not want to lose ground,” he said.

The amendments will ban the use of e-cigarettes from indoor public places and will prohibit stores from displaying, promoting or selling them to persons under 19 years old.

Krista McMullin, president of Smoke Free Nova Scotia, said she was very happy about the changes.

“We appreciate the Liberal government today. This is a significant development towards tobacco reduction in our province,” she said.

Not everyone is thrilled about the proposed amendments. Imperial Tobacco has come out against the legislation in a press release calling the actions of Nova Scotia “irresponsible.”

“While we strongly support the introduction of a regulatory framework for e-cigarettes, we feel such a framework must take into account the unique nature of the product and must be based on facts and sound evidence,” said vice-president of Corporate and Regulatory Affairs Caroline Ferland, in a statement.

Some say e-cigarettes aide in quitting smoking, but critics say there is little evidence to support that claim (Michale Dorausch/Wikimedia)

The tobacco company said that e-cigarettes are among the most significant health innovations of the 21st century because they can be used as aides in smoking cessation.

“I don’t think Imperial Tobacco is in the business of selling products to help people quit smoking. If the tobacco industry is promoting something then you have to think about why they are promoting it,” he said.

Strang added that he relished the fact that Imperial Tobacco opposed the legislation because it meant he was doing something right.

McMullin said e-cigarettes are too new and it would be prudent for the province to take a serious stance against the product until they can be better understood.

“Until we have good independent research done we need legislation like this to protect Nova Scotia and the public,” she said.

Imperial Tobacco did not respond to Humber News’ request for an interview.

Despite the lack of conclusive data, Nigel Murray, a creative photography student at Humber College, said e-cigarettes helped him kick the habit.

“I find myself less addicted. I don’t smoke [e-cigarettes] as often [as tobacco] and I feel a lot better. I can run for much longer than I used to,” he said.

Aside from e-cigarettes, the legislations will also place stricter restrictions on the sale and use of water pipes and flavoured tobacco.