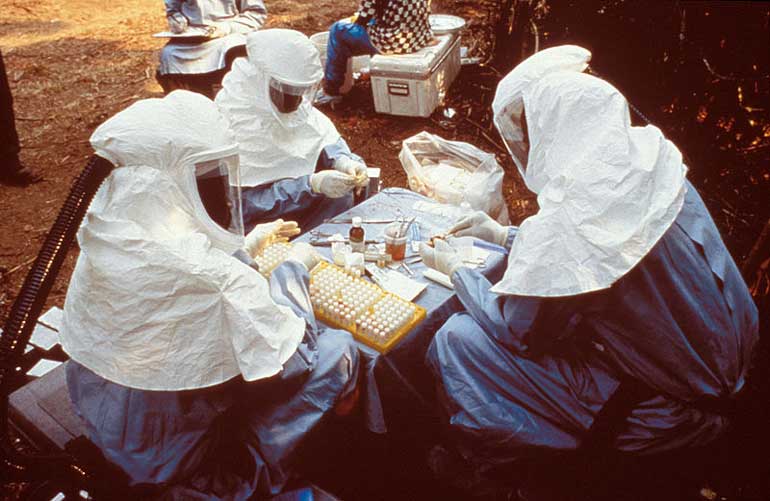 Canadian scientists are leading the fight against Ebola. An experimental vaccine has been created in a Winnipeg lab and will be donated to the World Health Organization based in Geneva.

“Ebola vaccines from Canada will be arriving next week in Geneva for safety testing and then be sent to West Africa as quickly as possible,” said a spokesperson from WHO.

The vaccine is called VSV-EBOV and though it remains the intellectual property of Canada, it has been licensed to a small American biotech Company, Newlink Genetics. Newlink usually stays focused on the development of cancer vaccines but say they are working as fast as they can on this.

Julie Dunne, registered nurse and interim clinic manager at the Travel Vaccine Clinic explains that the clinic does vaccinations for everyone from babies to seniors. The clinic provides vaccines for people who are traveling as well as those covered by OHIP.

However, Julie said she is unsure if the clinic would add an Ebola vaccine, “That is something that would be up to the doctors…I am sure we would be open to it but we would have to look into it more.”

The WHO website indicates that people remain infectious as long as their blood and body fluids contain the virus. This includes semen and breast milk. Men who have recovered are able to transmit Ebola virus through their semen for as many as seven weeks after they recover.

There have been 8,033 infections and more than 4,000 deaths due to Ebola. This is the largest outbreak of Ebola in documented history.