AGO brings Michelangelo drawings to life 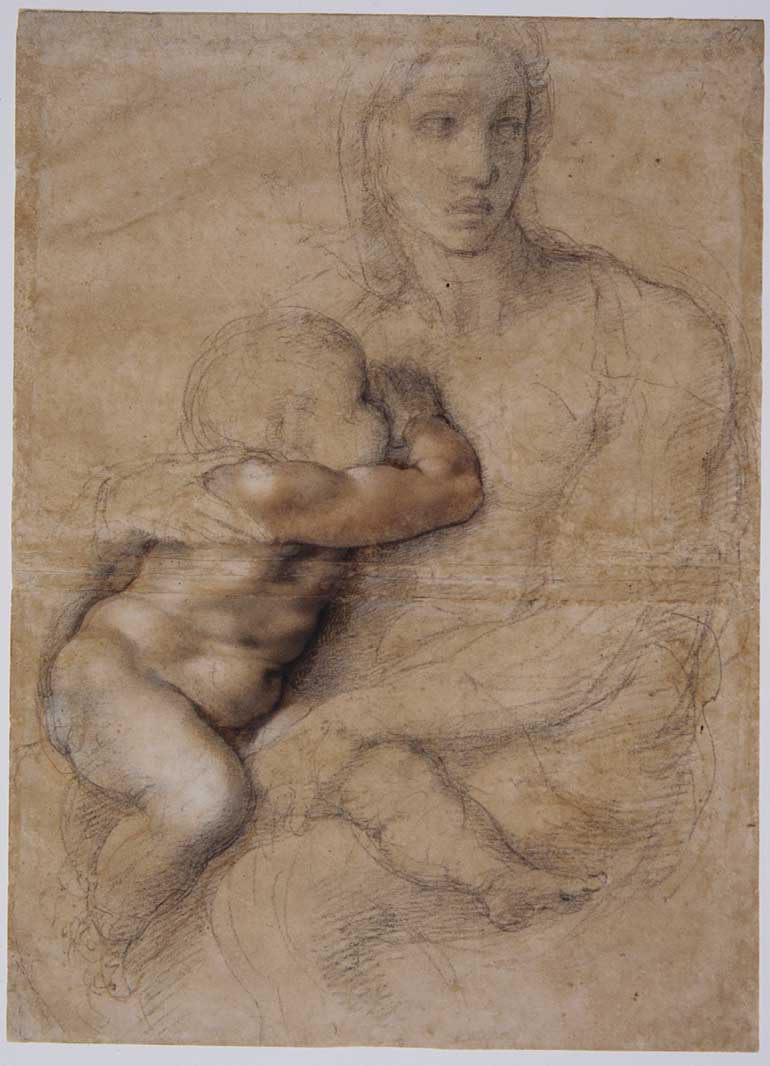 Timeline showing some of Michelangelo’s major finished works as well as some pieces in the AGO exhibit, Quest for Genius. The exhibit runs from Oct. 18 to Jan. 11.

Michelangelo di Lodovico Buonarroti Simoni has been called a Renaissance man, Il Divino (the divine one), and most recently a genius in the Art Gallery of Ontario’s new exhibit.

But the exhibit, Michelangelo: Quest for Genius, will focus on many unfinished works in an attempt to uncover the High Renaissance painter, sculptor, architect and poet’s quest and struggle for creative perfection.

Opening Oct. 18, the exhibit introduces to Toronto for the first time 30 of about 600 drawings still in existence today. The 500-year-old works are from Casa Buonarroti in Florence, Italy.

Using 3D animation to accentuate the unfinished architectural sketches, the exhibit brings to life the work using floor plans to gradually build a 3D image of what the finished building would have looked like.

One such floor plan is of the Church of San Giovanni dei Fiorentini, which was drawn between 1559 and 1560. Other drawings show different versions of a building and 3D animations of each sketch have been developed for each interpretation, illuminating Michelangelo’s creative process.

Michelangelo’s Plan for the Church of San Giovanni dei Fiorentini in Rome. Courtesy of the AGO.

Some of the featured works are Michelangelo’s depiction of Cleopatra, a finished presentation drawing of Madonna and Child, pen and ink sketches of his Study for fortifications for the Porta al Prato in Florence, and Studies for the head of Leda.

The exhibit paints a new picture of “the divine one” and rocks his pedestal as the emphasis on his struggles humanize him.

“It’s about the creative process and the fact that he was very much stimulated by the kind of challenges that he faced,” said Lloyd DeWitt, curator of European Art and the Michelangelo exhibit at the AGO. “Delays, defeats and changes of plans seemed to have been instrumental in egging him on to do things that were unusually resonant or extraordinary.”

DeWitt and the other curators of the exhibit studied the work of a group of contemporary psychologists at the University of Toronto who specialize in the concept of genius.

The concept of genius used to be a spiritual concept, involving the belief that some sort of spirit lifts people and and makes them do great things that will bring them closer to the divine, said DeWitt. “Michelangelo would have seen it largely in those terms,” he said.

Michelangelo’s Various studies for the staircase of the Laurentian Library. Courtesy of the AGO.

“Contemporary psychologists are coldly analytical,” said DeWitt. “They look at individuals and see which traits they have in common: the very high productivity, a kind of manic productivity that’s typical of individuals with unusually high creativity as well as the constant self-correction and persistence does set these individuals apart from most.”

But rather than focusing on the perception of genius as a spiritual characteristic, Quest for Genius focuses on those very human attributes that sets Michelangelo apart instead.

“It connects us to these works because it comments on the humanity that exists through the struggle and the failure,” said DeWitt.

Michelangelo is not the only featured artist in this exhibit. 10 pieces by the French sculptor Auguste Rodin will also be on display.

“Inspired by Michelangelo, Rodin’s career was plagued by the same criticism and rejection experienced by his artistic father figure centuries earlier, with his greatest works routinely rejected by both critics and the public,” said an AGO news release.