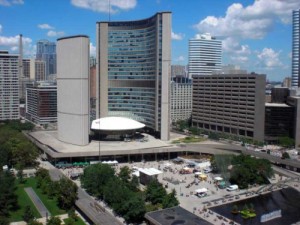 Doug Ford has just announced he won’t be participating, citing the ticket price of $80 per-person.

It was to be Ford’s second mayoral debate following a raucous encounter with John Tory and Olivia Chow last Tuesday.

The debate appears to be proceeding with just Tory and Chow and I’ll be live blogging here. Stand by.